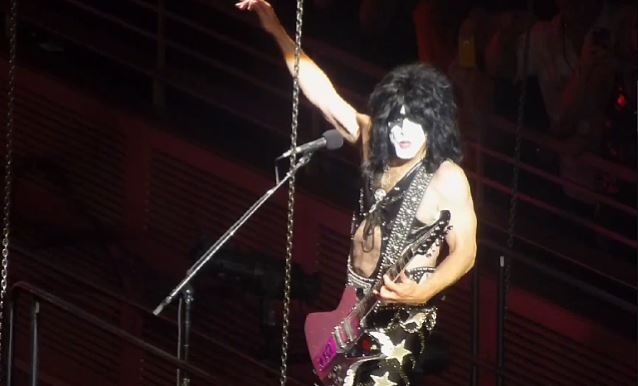 KISS kicked off a three-week Las Vegas residency, "Kiss Rocks Vegas", this past Wednesday night (November 5) at The Joint inside Hard Rock Hotel & Casino. Fan-filmed video footage of the concert can be seen below.

Each night, the group is performing a mind-blowing show featuring a setlist created exclusively for The Joint. In partnership with AEG Live, the chart-topping band is unleashing its signature elaborate set designs, jam-packed set list, intense pyrotechnics and much more for nine of the biggest shows in KISS performance history.

Speaking to Las Vegas Weekly, KISS frontman Paul Stanley stated about how the idea for the band's residency came about: "To spend as much time as we do in Vegas and to live as close as we do, the idea of doing a residency and leaving our stage setup, as opposed to breaking it down nightly, was really appealing.

"We just finished 42 cities and played for 600,000 people, but that meant that every night the show got disassembled and moved. There’s something appealing and challenging about building a set that doesn’t have to be moved. You don't have to take into account the practicality of it, being able to be broken down constantly and reassembled. So this was something that we had wanted to do for quite a while; it was just a matter of making sure we found people who were in agreement on how to do it. The Joint was the natural place to do it."

Asked about the possibility of KISS playing "deeper" cuts during the KISS residency, Stanley said: "I think on the whole we’re always discouraged from doing that. You have to realize that our audience is made up of people who mostly have come to us through our most popular songs, not our least popular. So, the idea of dropping songs that the audience knows to play ones that are not on their top 10 really doesn't make sense. It might be something that some bands do because, quite frankly, they're bored, but that doesn't apply to us. After 40 years, there are too many great songs, and to take their slot for something less known or less popular just doesn't make sense. It's a double-edged sword, an interesting idea to play obscure tracks or to play songs that have never been in the show. But although they may please a handful of diehards, that isn't really what we cater to. We cater to the masses, and I think most people understand that." 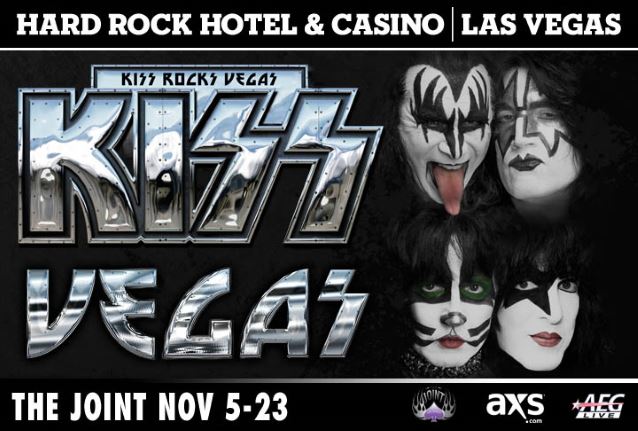