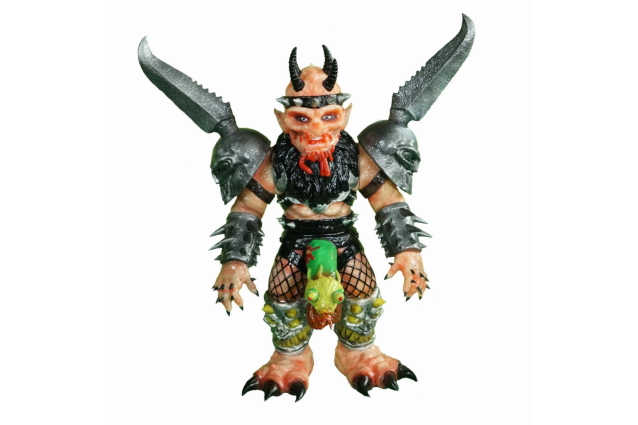 It has been over seven human years since the former lead singer of GWAR, the one and only Oderus Urungus, departed this plane of existence. Now, High On Plastic Toys and GWAR have teamed up to give you 10 solid inches of the Immortal Corrupter himself.

GWAR's The Berserker Blóthar has this to say: "I've had a blast with this little guy. I got blackout drunk and played with it in the bathtub. I got a little carried anyway, and I wound up at the ER to have it removed from my No No spot. Just like the old days with Oderus!!!"

Starting today, you can fork over your hard-earned cash for your very own Oderus Urungus toy. This limited edition measures in at 10 inches tall and is made of hand-pulled premium Sofubi vinyl by HOPtoys. These are packaged in a polybag with a premium art card. Pre-order yours today.

The toy will be available in three variants: