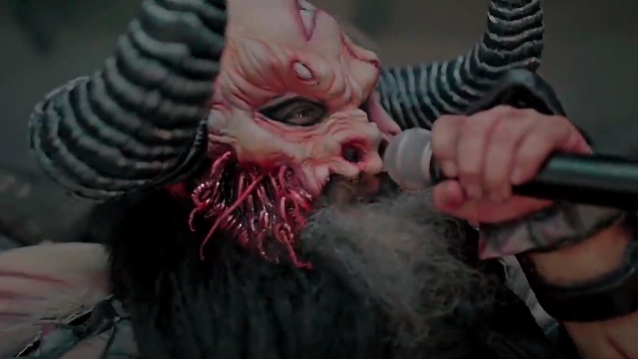 GWAR's BLOTHAR: ODERUS URUNGUS Wouldn't Have Wanted His Statue In A 'Row Of Losers'

A fan-launched campaign to replace the Lee statue with a memorial to Urungus has garnered more than 55,000 signatures.

The Confederate general died in 1870, 20 years before his statue was erected on Richmond's Monument Avenue.

Launched on June 12, the Change.org petition seeks to have the "racist" landmark replaced with a tribute to the GWAR co-founder and longtime leader, whose real name was Dave Brockie.

Blothar The Berserker addressed the campaign to erect a statue of Oderus on Monument Avenue during a recent interview with Consequence Of Sound.

He said: "I don't think that Oderus should replace Robert E. Lee on that statue in Richmond. For one thing, he'd be in some really shitty company. It's just a parade of douchebags."

He continued: "Why would Oderus want to be in that row of losers? Even if they pulled them all down, Monument Avenue still has the reputation of being the place where losers [are honored with statues]. What kind of a county allows the losers of a war to erect a bunch of monuments and statues to themselves?"

Blothar added: "I think they should just explode the entire damn monument. Make it a big smoldering hole in the ground."

That said, Blothar would like to see "statues of Oderus everywhere" but just not on Monument Avenue.

Brockie was found dead in his home in Richmond in March 2014. According to Virginia's State Medical Examiner's Office, he died from acute heroin toxicity by accidental means.