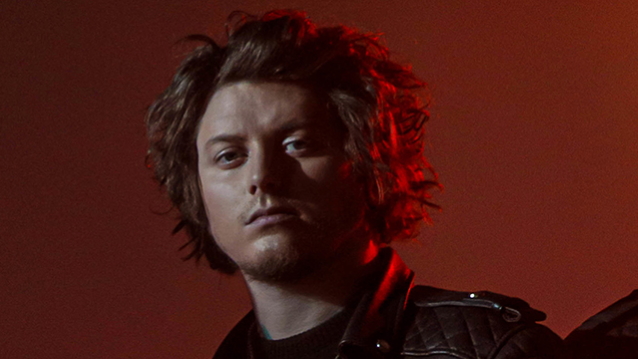 ASKING ALEXANDRIA's Ben Bruce says that he almost met Gary Moore the night that the legendary guitarist died more than nine years ago.

"I can't remember what year it was — it was a very long time ago; we were young," Bruce told Terrie Carr of the Morristown, New Jersey radio station 105.5 WDHA in a new interview (see video below). "We were in Spain, I believe, and we had just played a show. And we got to the hotel, and we got told that Gary Moore was staying in the hotel next door. And I was, like, 'My God. Gary Moore's [staying next door].' And everyone was, like, 'Go find him.' I'm, like, 'I'm gonna go to his hotel and say, 'Can I get Gary Moore's room key? I'm here for Mr. Moore.' I was, like, 'No, I can't do that. This is stupid.' And I stayed up the whole night, like, 'Man, he's, like, right over there.' And then we left the next day, and I didn't think anything more of it. And then I found out later that apparently that's the night he died. And now I'm always, like, 'Oh my God. What if I had gone and knocked on his door? Maybe he would still be alive.' It's a weird thing that always plays in my mind now. I mean, you don't know, do you? It's that butterfly effect thing. If I'd maybe knocked on his door…"