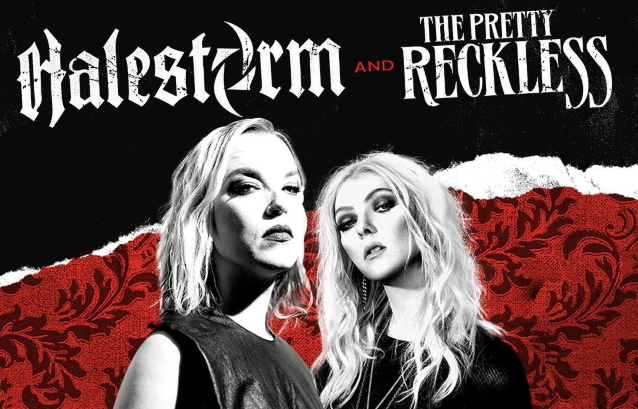 Grammy-winning hard rock band HALESTORM has announced its summer 2022 tour featuring special guests THE PRETTY RECKLESS, THE WARNING and LILITH CZAR on select dates. Produced by Live Nation, the 16-city trek kicks off on July 8 at Michigan Lottery Amphitheatre at Freedom Hill in Detroit, making stops across the U.S. in Boston, Charlotte, Phoenix and more before wrapping up in Portsmouth at Atlantic Union Bank Pavilion on August 12.

* Not a Live Nation date
+ Check local listings for lineup

Last month, HALESTORM premiered their video for "The Steeple", the second single to be released from "Back From The Dead" now making its way up rock radio charts. To lead singer Lzzy Hale, the video, like the song itself, is "a reflection of the human connection music brings us."

In honor of Record Store Day, HALESTORM will release a limited-edition seven-inch die-cut version of the song "Back From The Dead" in the shape of a tombstone. Look for it at your favorite independent record store.

"Back From The Dead", HALESTORM's newest full-length album, produced by Nick Raskulinecz (FOO FIGHTERS, MASTODON, ALICE IN CHAINS) with co-production by Scott Stevens (SHINEDOWN, DAUGHTRY, NEW YEARS DAY),will be available everywhere May 6. The band began writing the album pre-pandemic, but continued throughout lockdown, and the result "is the story of me carving myself out of that abyss," said Lzzy. "It is a journey of navigating mental health, debauchery, survival, redemption, rediscovery, and still maintaining faith in humanity."

HALESTORM has grown from a childhood dream of siblings Lzzy and Arejay Hale into one of the most celebrated rock bands of the last two decades. HALESTORM's music has surpassed a billion streams worldwide. Called a "muscular, adventurous, and especially relevant rock record" by Rolling Stone, "Vicious" earned the band their second Grammy nomination, for "Best Hard Rock Performance" for the song "Uncomfortable", the band's fourth No. 1 at rock radio, and led Loudwire to name HALESTORM "Rock Artist of the Decade" in 2019. Fronted by Lzzy with Arejay, guitarist Joe Hottinger, and bass player Josh Smith, HALESTORM has earned a reputation as a powerful live music force, headlining sold-out shows and topping festival bills around the world, and sharing the stage with icons including HEAVEN & HELL, ALICE COOPER and Joan Jett.

Upon release, "Death By Rock And Roll" topped multiple sales charts — including Billboard's Top Albums, Rock, Hard Music, and Digital Charts. The record also yielded three back-to-back No. 1 singles — "Death By Rock And Roll", "And So It Went" (featuring Tom Morello of RAGE AGAINST THE MACHINE) and "Only Love Can Save Me Now" (featuring Kim Thayil and Matt Cameron of SOUNDGARDEN). The band has tallied seven No. 1 singles at the rock format throughout its career. 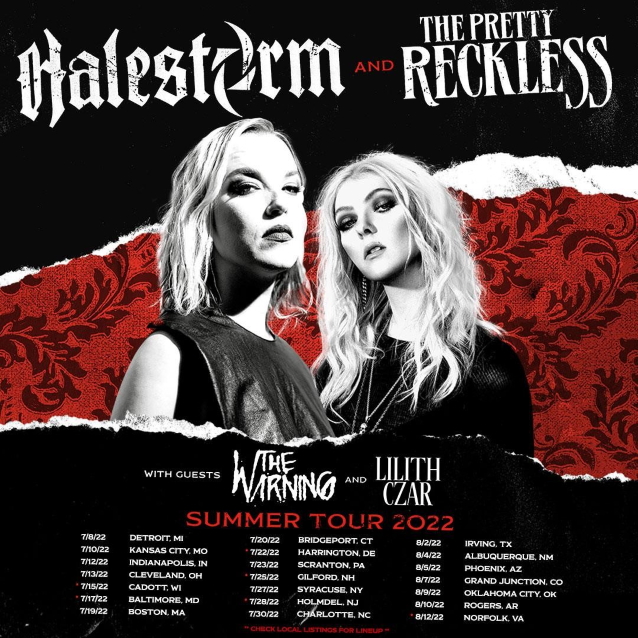