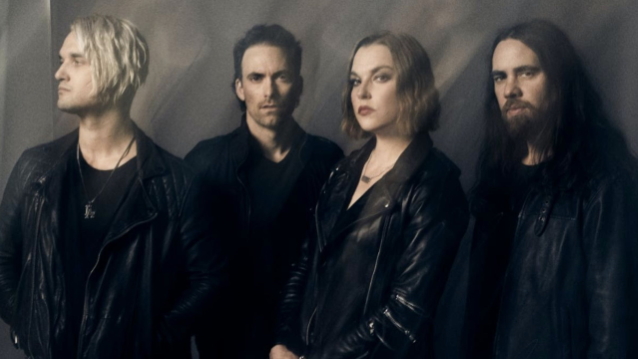 HALESTORM has announced European tour for early 2022. The shows, which kick off on February 1 in Frankfurt, Germany, will be "An Evening With…" performances in smaller-than-usual venues, creating a special intimate experience for fans each night.

"We are so excited to announce our upcoming 'Evening With' tour of the UK and Europe this February through March 2022!" said frontwoman Lzzy Hale. "That's right, all HALESTORM, all the time! A collection of up-close and personal shows where we will be performing deep cuts, all the fan-favourites, and even some brand-new songs! Come join us! Tickets go on sale this Friday, June 18!"

Dates are as follows:

During an appearance on the June 11 edition of SiriusXM's "Trunk Nation Virtual Invasion", Hale spoke about the progress of the recording sessions for HALESTORM's follow-up to 2018's "Vicious" album. She said (as transcribed by BLABBERMOUTH.NET): "It's going great. We're actually kind of in the eleventh hour. Everything is starting to really congeal and just reveal itself. So we're at the tail end of it. We already have a first single picked; that just happened. So you're definitely going to be hearing music sooner than later. As far as the release date of the record, I don't have that yet."

Evening with Halestorm! We're so proud to finally announce this UK & Europe tour. Get ready for an intimate night full of deep tracks, fan favorites, and even some new songs. See you in 2022. 🤘

Tickets on sale FRIDAY, 10 AM LOCAL.https://t.co/9Qhzd42L52pic.twitter.com/yGgDU1SQE3 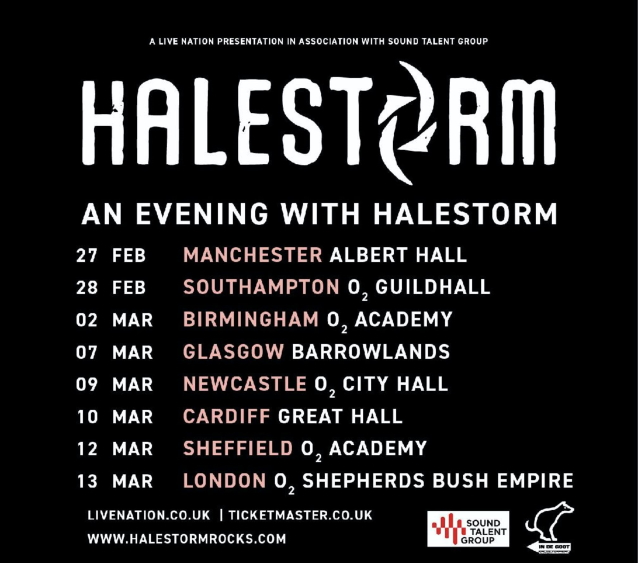