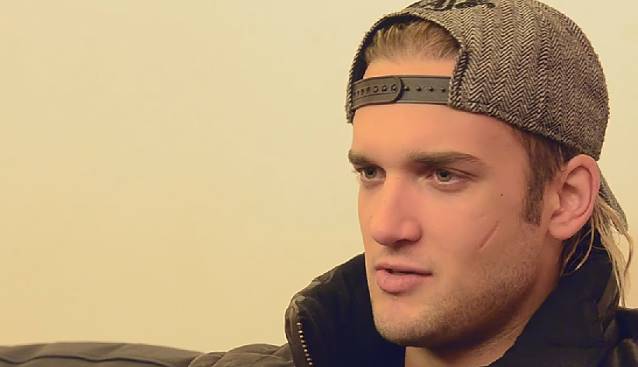 On October 24, Louder! Magazine conducted an interview with drummer Arejay Hale of Pennsylvanian rockers HALESTORM at Le Zenith in Paris, France during the band's European tour with ALTER BRIDGE and SHINEDOWN. You can now watch the chat below.

HALESTORM frontwoman Lzzy Hale has announced the launch of her own clothing, jewelry and accessory line, called Scissor Happy, which will feature products designed by Hale herself.

An official web site has gone live with photos of Hale's first products. The initial four items are a denim vest, a "Running With Scissors" T-shirt, a belt buckle and a scissor skull necklace. They range in price from $30 to $70.

Meanwhile, HALESTORM is climbing the rock radio chart for the fifth time with "Mz. Hyde", the latest single from 2012's album "The Strange Case Of…"Lzzy told The Pulse Of Radio that the song was inspired by her own onstage persona. "When I was growing up, I was a very kind of shy, introverted kid, so I more or less had to invent something or pretend to be something or bring something else out of myself in order to be the rock star that I wanted to be onstage," she said. "So 'Mz. Hyde', you know, was definitely a fun way to look at that."

The Grammy-winning act just launched a new North American tour that brings it to Toronto on Tuesday (December 3).