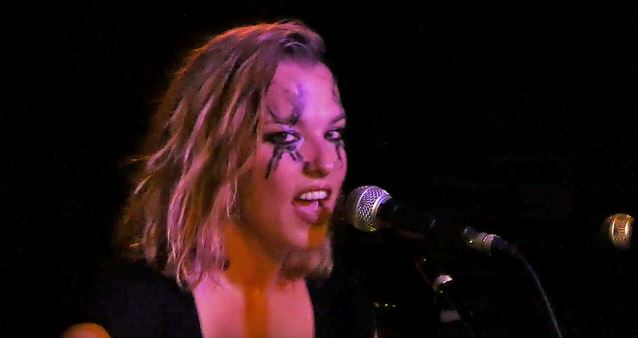 HALESTORM frontwoman Lzzy Hale and guitarist Joe Hottinger performed an acoustic set last night (Saturday, August 27) at the Basement in Nashville, Tennessee. They were opening for Nashville-based rockers THE DEAD DEADS, who were celebrating the release of their new album, "For Your Obliteration". Fan-filmed video footage of Lzzy and Joe's performance can be seen below.