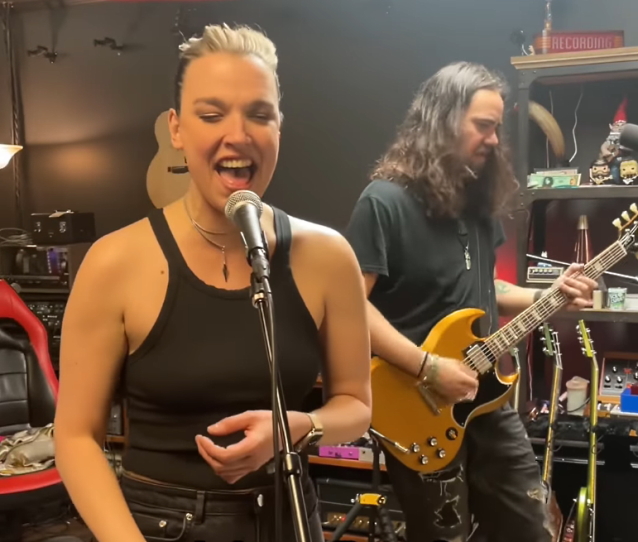 HALESTORM has shared its cover of "Jolene". Check it out in two parts below.

The band uploaded its rendition of the track in response to a fan request for the Lzzy Hale-fronted outfit to "rock up" the Dolly Parton classic, which has been covered by everyone from pop stars Olivia Newton-John, Miley Cyrus and Lil Nas X to alternative groups THE WHITE STRIPES, SISTERS OF MERCY and STRAWBERRY SWITCHBLADE.

"Jolene" is not the first Parton song HALESTORM has tackled. Back in 2020, Hale's cover version of "I Will Always Love You", the love ballad made famous by Whitney Houston and Parton, was included on HALESTORM's "Halestorm Reimagined" EP.