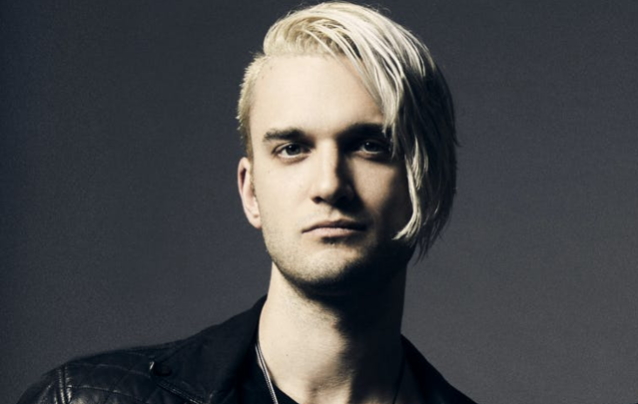 HALESTORM's AREJAY HALE: 'I Get More Joy Out Of Touring Knowing That I'm Not Getting Wasted Every Night'

In a new interview with Australia's Serpent Tongue, HALESTORM drummer Arejay Hale spoke about the physical preparation that goes into the touring and performing aspect of being in a high-energy rock band. He said (as transcribed by BLABBERMOUTH.NET): "As a drummer, I try to think like an athlete. I try to have a very high-protein diet. I try to keep it very plant-heavy and nutrient-heavy. And that's been another factor of keeping me not only physically able to continue to do the physically taxing task of playing a 90-minute show every night behind the drums and slam wood into metal repeatedly. But it also helps my mental state, 'cause touring also can be grueling. You have every strike against you. You've got lack of sleep. You've got constantly flying from city to city. It's so easy to neglect your physical health, which then can affect your mental health.

"Just to keep myself balanced… The one thing I know I have really good control over is my diet and exercise," he continued. "I try to really make sure that I stay mobile, stay loose, stay healthy as much as possible, and I try to pass that on to my younger musicians out there.

"If you're young and you're touring, you should party; you should have fun," he clarified. "Get it out of your system, because when you hit your 30s, you're gonna have to tighten it up. [Laughs] And I get more joy out of touring knowing that I'm not getting wasted every night. I'm eating healthy. I'm exercising. I'm stretching. I'm meditating. I'm doing everything I possibly can to keep myself balanced. And it's been working. It's been keeping me maintained. And I also have the pandemic to thank for that, 'cause that was the first time I actually had time to really focus on rehabbing my body and my joints to be able to withstand the punishment I give them every night."

HALESTORM's latest studio album, "Back From The Dead", was released in May via Atlantic. The follow-up to 2018's "Vicious" was produced by Nick Raskulinecz (FOO FIGHTERS, MASTODON, ALICE IN CHAINS) with co-production by Scott Stevens (SHINEDOWN, DAUGHTRY, NEW YEARS DAY).

Earlier this month, Arejay told the "Thunder Underground" podcast that he and his bandmates "kind of already have started" on a follow-up to their third covers EP, "ReAniMate 3.0: The CoVeRs eP", which came out in January 2017.

This past summer, HALESTORM shared rehearsal footage of its covers of Dolly Parton's "Jolene" and Adele's "Hello" via social media.