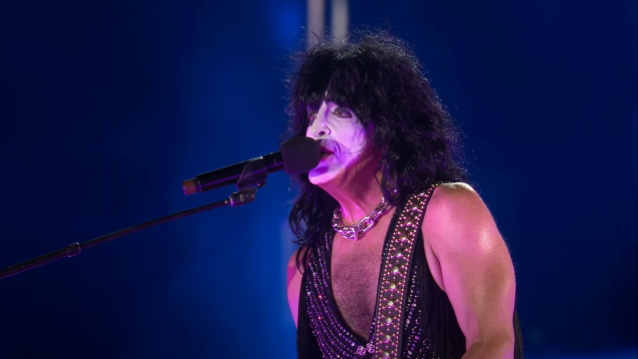 According to MichaelCavacini.com, KISS played a secret show for Philip Morris International, the largest tobacco company in the world, on Saturday, October 22.

This private concert was not open to the public, and it took place at Vulcan Gas Company, a small club in downtown Austin. No more than 100 people attended the concert.

A video showing the majority of the performance can be found at MichaelCavacini.com.

Three years ago, Simmons told the "Three Sides Of The Coin" podcast that none of the KISS members smoke cigarettes. "Nobody drinks," he said. "Not because there's some kind of rule. If you wanna drink off to the side, sure, help yourself — as long as you're professional on stage. But nobody goes to the bars — there's no pub stuff. It's not part of the culture. And literally nobody in the band uses drugs. And maybe that has a lot to do with showing up on time and getting up on that stage and making the words true. 'You wanted the best' — not the second best or kind of good — 'you wanted the best. You've got the best. The hottest motherfucking band on the planet.' And the words have to mean that, or get off the stage and give — I don't know — GRETA VAN FLEET a chance."

In October 2021, Stanley said that the final concert of the "End Of The Road" tour will likely happen by early 2023.

To know that kiss was across the street last night @ Vulcan Gas Company is crazy !!!!!!!!🤘

Super secret KISS show at The Vulcan in Austin tonight. We made a hell of a mess. Rockin my @tonyhinchcliffe @killtonyshow TShirt!! Sorry about the confetti!!

KISS played at a private event at Vulcan and I got to help with load out for them :’)