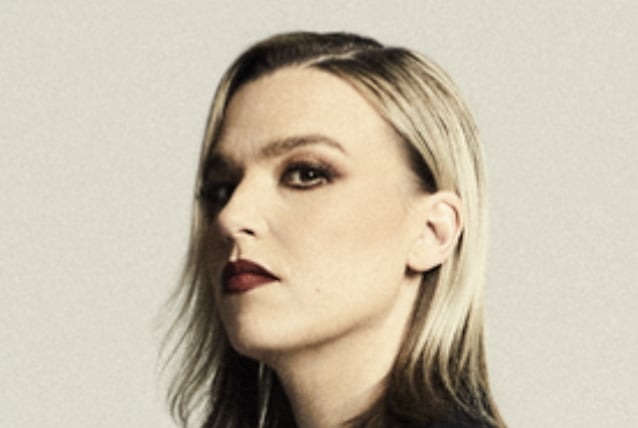 During an appearance on this past Monday's (June 6) episode of SiriusXM's "Trunk Nation With Eddie Trunk", HALESTORM frontwoman Lzzy Hale was asked if her bandmates have expressed any reservations about the fact that she alone appears on the covers of HALESTORM's last two studio albums, 2018's "Vicious" and 2022's "Back From The Dead". She responded (as transcribed by BLABBERMOUTH.NET): "To be completely honest, it's been their idea. For these past few albums, it has not even been brought up by me. It ends up settling in there, and then all of a sudden the guys are, like, 'Yeah, just put Lzzy's face on the cover.' [Laughs] Like, 'Seriously, guys?' And they're, like, 'Yeah, we're fine.' They're not necessarily the most thrilled — well, maybe my brother [HALESTORM drummer Arejay Hale]; he's thrilled to do anything — but they're not the most thrilled to do the photoshoot thing and have their faces and do poses and stuff like that; it's something that I enjoy doing. So they throw that stuff at me all the time. And it goes the same thing with music videos. They're, like, 'Can we just put Lzzy here and do that? Or do we have to do this? Or can we just play our instruments?'

"My bandmates have been so supportive, almost to the point that it's annoying," Lzzy explained. "They're just my allies. They know me better, I think, than most of my own family does at this point. And it's funny to kind of let them — or not 'let them,' but have them want to kind of push me out there, which, obviously, I'm up for the challenge. But there's always the second conversation, like, 'Are you guys sure? We could just do something really crazy.' [And they're, like,], 'No, this is great. We want it to look like a movie poster.' [Laughs] That kind of conversation. And I'm, like, 'All right. Fine. I'll do it.' … They've never had a weird ego about any of that stuff, which is weird. I'm, like, waiting for the shoe to drop here. But we've been here for a long time.

"If any of them ever — and this is just personally for me — if any of them ever raises concerns about that, obviously there'll be an adjustment and a conversation, and it's fine by me," Hale added. "It's just whatever makes everybody comfortable. I've never dictated what anybody wears, what anybody does. We all do this stuff together, just like we always have been."

Lzzy also talked about the fact that HALESTORM has had the same lineup for nearly two decades – a rarity among rock acts. "I feel like that's probably one of our biggest accomplishments," she said. "We actually still like each other. We've been on tours — we still go out on tours with bands that don't even speak [to each other] until they're on stage. And I'm, like, 'That must be horrible.' We've always supported and loved each other. And we've been through a lot of ups and downs; we've been through this whole roller-coaster ride together. And nobody really knows us the way we all know us. So it really is like a marriage, which is weird, because it's like I'm married to three guys and one of them is my brother. I should probably just say 'family' and not 'marriage' because Blabbermouth will get a hold of that… It's great. I love the boys. And I couldn't imagine doing it with anybody else. Because there is something about the way that we all meet in the middle. What I can do is something that the three boys cannot. But I can't do the same thing that Joe [Hottinger, guitar] does; I can't do the same thing that Josh [Smith, bass] does; nobody can do anything that Arejay can do. And it's one of those things that, like I said, with our forces combined, with all four of us together making these decisions and moving forward and the way that we play together, it just wouldn't be HALESTORM without the four of us." 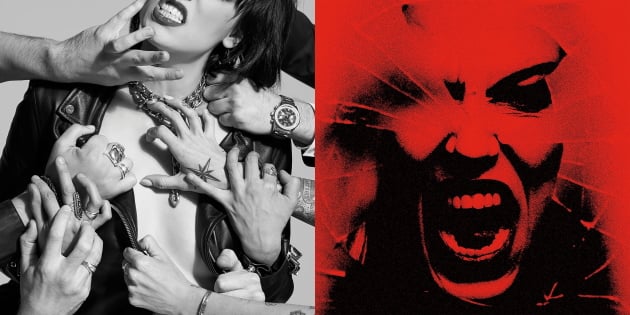