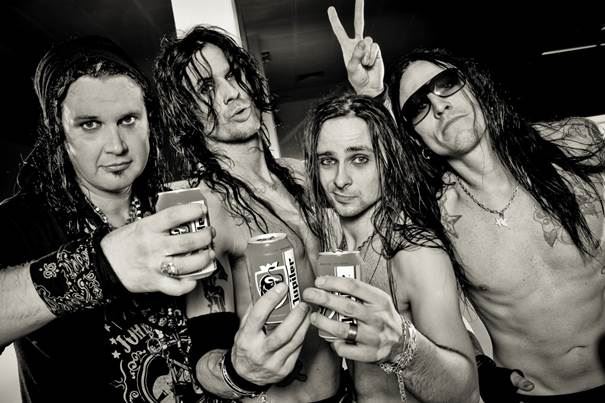 Swedish sleaze rockers HARDCORE SUPERSTAR will release their new album, "HCSS", on April 22 via Gain Music Entertainment, which is distributed and partly owned by Sony Music.

Says the band: "It all started when a fan gave Martin [Sandvik, bass] a copy of a demo we recorded back in '94. We all got very surprised about the great vibe and how good we sounded that early. The tracks were literaly drenched in sweat, excitement and inspiration. So when it was time for us to start working on songs for our new album, we returned to those demos and relearned those old riffs and by that got inspired for all the new stuff that we came up with.

"Basically, to reinvent ourselves we had to go back to the summer of '94 when we first started this band and through that get in contact with the feeling and the vibe that inspired us in the first place. That same philosophy goes for the whole album — how we approached the recordings, artwork, choice of the right guy to mix the album and so on.

"In a way, we are backtracking our roots to show ourselves why we once started this band. What we found out is that the very things that got us together in the first place are the same things that still gets us going.

"So this is nothing less than HARDCORE SUPERSTAR coming full circle by showing our fans where we come from and what we still believe in!"

The song "Don't Mean Shit" can be streamed in the YouTube clip below.

HARDCORE SUPERSTAR will embark on the "When We Touch The Sky Tour" in March. The group states: "We saw a reason to 'touch the sky' by presenting this album live so we booked an exclusive club tour that will start one and a half month before the release. Let's go 'off with our heads' and 'party til we're gone' and celebrating the new HARDCORE SUPERSTAR album!" 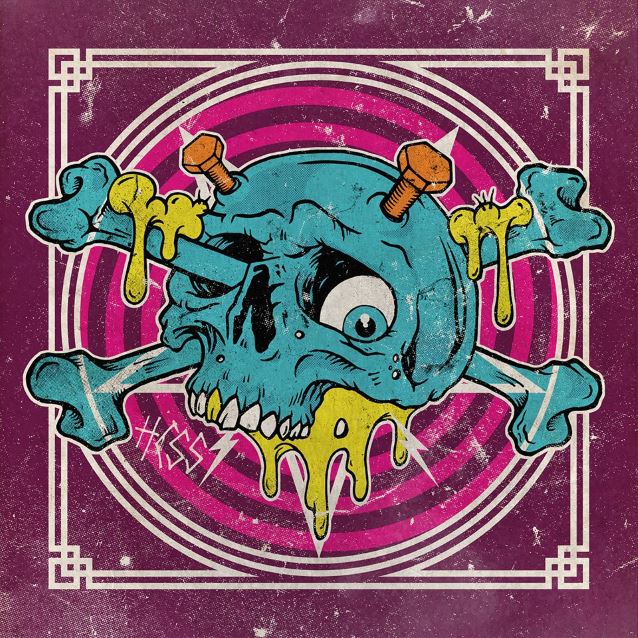