A new HATESPHERE song entitled "Backstabber" is available for streaming on the band's MySpace page. The track comes off the Danish thrashers' new album, "To The Nines", which will be released via Napalm Records on the following dates:

The CD was recorded over a nine-day period Antfarm Studio in Aarhus, Denmark with producer Tue Madsen (THE HAUNTED, MOONSPELL, DARK TRANQUILLITY, GOREFEST).

The track listing for the album is as follows:

In a recent interview with Denmark's Antenna, HATESPHERE guitarist Peter "Pepe" Lyse Hansen stated about the band's forthcoming album, "It wasn't difficult at all to make it sound like HATESPHERE, as I have been making practically all the music on all HATESPHERE albums — and have done so on this one as well. As on every other album there are some small changes, some new territories to be explored. On this one we have four new members, and that has obviously given us some new input. This has proven to be healthy, as I feel that the album has a new-found freshness and brutality. To have a new vocalist of course changes the sound — but in a very positive manner. Joller [Jonathan Albrechtsen] is way more aggressive than Jacob was, and it simply fits the music perfectly. We have worked hard on the lyrics and the vocal structures this time — as never before — and it gives the whole album this final touch that makes it sound, just the way our so-called comeback album should sound. All in all, I will say the album is more aggressive than its predecessor! I guess we felt we had to prove a lot on this one — and on top of that, we simply just had a lot of aggression that needed to be let out. So beware [laughs]! The album was recorded with Tue Madsen at the Antfarm and Feedback Studios in Aarhus, Denmark, in October 2008. We have known Tue for a long time, and he has mixed our last two albums. We, therefore, felt it naturally to make him do the whole package this time. Not only is he a world-class producer but he is also extremely relaxed, and the good thing for me is that he lives just around the corner [laughs]. I think our rehearsals before the recordings paid off, as we were really quick at the recordings. Bass and drums were recorded in three days all together, and the whole album only took us 10 days. We therefore had plenty of time for the mix. End of October everything was done."

Read the entire interview at Antenna. 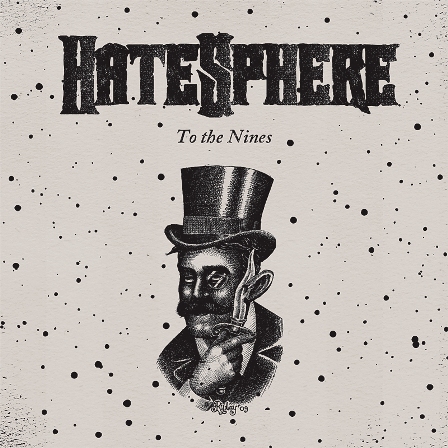