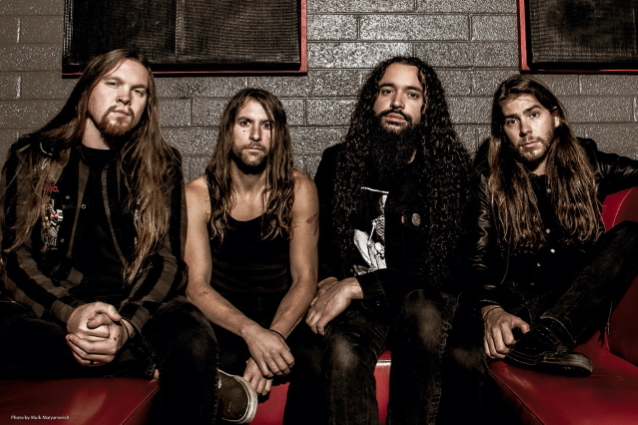 Colorado-based thrashers HAVOK will release their new album, "V", on May 1 via Century Media Records. The official music video for the disc's debut single, "Phantom Force", can be seen below. The clip, complete with a seizure warning, was directed by K. Hunter Lamar of Digital Myle and is described in a press release as "a sensory barrage of visuals that matches the punishing sound HAVOK is known for."

HAVOK lead guitarist Reece Scruggs comments on the song: "Somewhere in the middle of writing 'V', we all came together and made the decision that we needed a full-blown face peeler track. I remember David saying, 'Reign In Blood' tempo,' so I came up with something almost immediately and sent it over to the guys. And aside from some subtle stylistic details, it stayed pretty true to that original concept. 'Phantom Force' as a first single will assure our fans and skeptics that we haven't lost a step in making vicious, straight forward, non-gimmicked heavy metal."

And HAVOK guitarist/vocalist David Sanchez added the following about the lyrics of the track: "'Phantom Force' is about the mysterious deaths that happen during sleep paralysis in the Hmong people. These people fled their war-torn homeland and could not seem to escape a terrifying fate. The goal with this video was to visually represent the fear and panic that people must've felt just before their sudden nocturnal demise. Watch at your own risk..."

The track listing for "V" is: 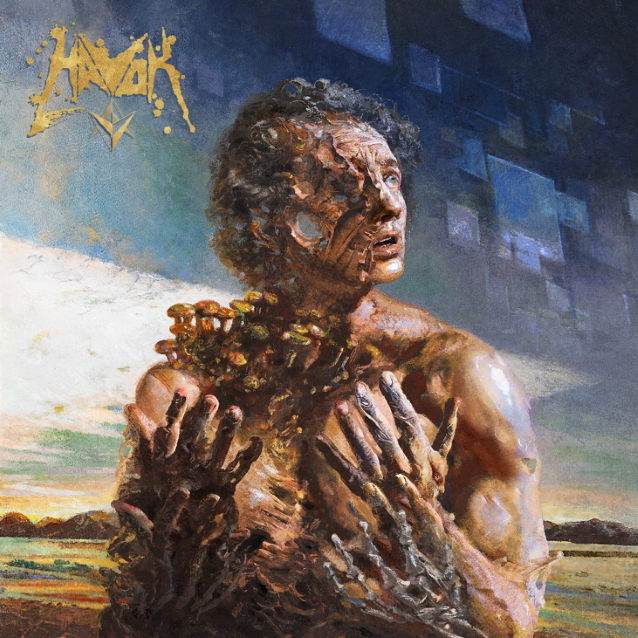