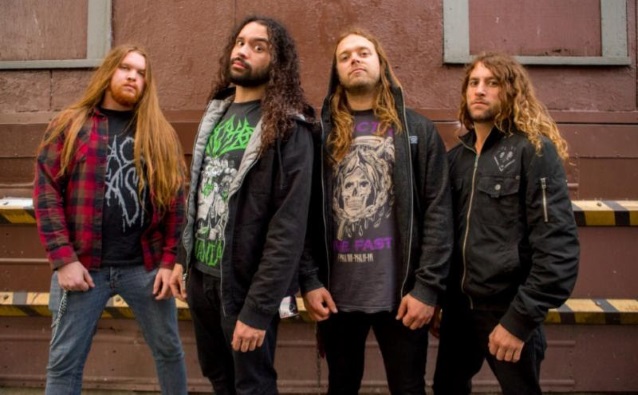 Century Media Records has announced the signing of Denver, Colorado's HAVOK. The young thrash metal quartet has worked nonstop, releasing three albums and touring the world the past five years, and is poised to take its music and career to another level.

"We're so excited to sign with Century Media!" exclaims HAVOK guitarist Reece Scruggs. "Their reputation as a front running metal label is obvious. Timeless albums that have influenced us as individuals, and as a band, have been released through the label, and we aim to become a part of that tradition."

"I'm pleased to add HAVOK to our artist roster," says Century Media president Marco Barbieri. "I have watched the band evolve and progress musically and highly admire their work ethic and commitment to metal and their fans."

HAVOK just concluded extensive tours of Asia, South America and Canada and will be starting a month-long onslaught of European shows this weekend, including performing at many of the continent's prestigious festivals, as well as off-dates with SUFFOCATION and SKELETONWITCH.

"I can't wait to see what will be accomplished with Century Media behind our next album," states HAVOK singer/guitarist David Sanchez. "The next record is going to be the best yet, so you'd better start exercising those neck muscles!"