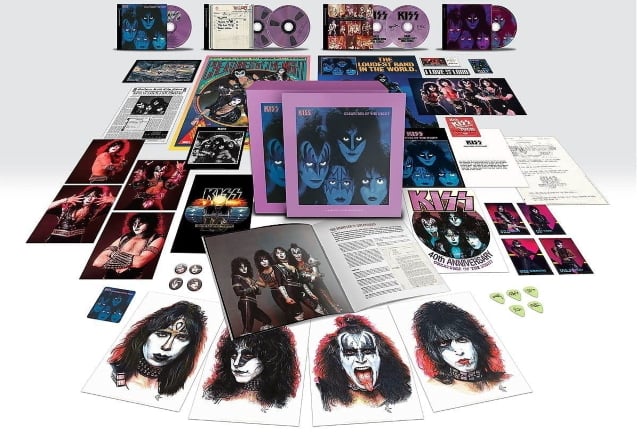 Celebrating its 40th anniversary, "Creatures Of The Night" from 1982 is a seminal album in the KISS catalog. It crushed fans' expectations with a huge, back-to-rock sound and has become a fan favorite and cult classic. On November 18, UMe will release "Creatures Of The Night 40" as a 5-CD + Blu-ray audio super deluxe edition, 3-LP deluxe, 2-CD deluxe, 1-LP half-speed master 180gm, 1-CD remaster, as well as a 5-CD super deluxe edition digital download + streaming and 2-CD digital download-only version plus a color vinyl exclusive. All configurations can be pre-ordered through the official KISS online store.

The above-mentioned demo version of "Not For The Innocent" — featuring Stanley and Simmons trading lead vocals — can be heard below. The final version of the song, which featured only Simmons on vocals, was featured on KISS's 1983 album "Lick It Up".