Hear KURT COBAIN's Early Demo Of 'Been A Son'

Hailed as one of the most innovative and intimate documentaries of all time, experience Kurt Cobain like never before in the only fully authorized portrait of the famed music icon in "Kurt Cobain: Montage Of Heck". Acclaimed filmmaker Brett Morgen expertly blends Cobain's personal archive of art, music, never-before-seen movies, animation and revelatory interviews from his family and closest friends. Wildly creative and highly praised, the documentary follows Kurt from his earliest years in this visceral and detailed cinematic insight of an artist struggling to come to terms and make sense of his place in the world. "Kurt Cobain: Montage Of Heck", will be released by Universal Music Enterprises in multiple formats, including the Super Deluxe Edition as well as in Blu-ray, DVD and digital video formats. The soundtrack album, "Kurt Cobain - Montage Of Heck: The Home Recordings", will also be released on CD and digitally on November 13. A 2LP vinyl edition of "Kurt Cobain - Montage Of Heck: The Home Recordings" will follow on December 4. In addition, a seven-inch single featuring "And I Love Her" and "Sappy (Early Demo)" is also scheduled for release on November 20.

"Been A Son" can now be streamed below.

"Kurt Cobain: Montage Of Heck Super Deluxe Edition" and "Kurt Cobain: Montage Of Heck: The Home Recordings" both include the highly anticipated soundtrack, an aural complement to the documentary in both concept and experience. Comprised from various early and raw cassette recordings made by Kurt alone, the soundtrack allows a rare, unfiltered glimpse into Cobain's creative progression from early song snippets and short demos to musical experiments and ultimately, pieces of songs or lyrics that eventually appeared on later NIRVANA albums.

"Kurt Cobain: Montage Of Heck Super Deluxe Edition" will include the two-hour-plus full-length feature film and 48 minutes of bonus interviews on Blu-ray and DVD, a 31-track deluxe soundtrack on CD and cassette, a 160-page hardbound book with extended interviews and images from the Cobain archive, a puzzle with a collectable storage container, movie poster, postcards and bookmark. The 31-track deluxe soundtrack CD is exclusively available in the Super Deluxe Edition and showcases tracks from the documentary including spoken word, demos and full songs.

"Kurt Cobain - Montage Of Heck: The Home Recordings" soundtrack will be released in two stand-alone physical formats: a 31-track deluxe album available on 2LP vinyl and a standard edition 13-track CD. The standard soundtrack focuses on the music discovered on Cobain's personal cassettes. The soundtrack will also be available in standard and deluxe digital editions.

The documentary, "Kurt Cobain: Montage Of Heck", is an authentic and unflinching look into Kurt's life, art and mind through his own unique lens. Following Kurt from his earliest years in Aberdeen, Washington, through the height of his fame, the film creates an immersive cinematic insight into an artist who craved the spotlight even as he rejected the trappings of fame. Brett Morgen who wrote, directed and produced the documentary began working on it in 2007 when Cobain's family approached him with the idea and offered him unrestricted access to all of Cobain's personal and family archives. The documentary features Cobain and Courtney Love's only daughter, Frances Bean Cobain, as a co-executive producer on the film and includes footage from various NIRVANA performances as well as unreleased home movies, recordings, artwork, photography, journals, demos, and songbooks.

The title, "Kurt Cobain: Montage Of Heck", takes its name from a musical collage that was created by Cobain with a four-track cassette recorder in 1988, of which there are two versions; one is about thirty-six minutes long and the other about eight-minutes long. Several of the film's scenes were animated by Stefan Nadelman and Hisko Hulsing. The film was co-produced by HBO Documentary Films and Universal Pictures International Entertainment Content Group.

"Kurt Cobain: Montage of Heck", also internationally billed as "Cobain: Montage Of Heck", had its world premiere at the 2015 Sundance Film Festival. It was released in theaters across the globe by Universal Pictures and premiered on television in the United States in May, following a limited theatrical run. Following its initial global success, Abramorama re-launched Brett Morgen's critically acclaimed documentary, "Kurt Cobain: Montage Of Heck" in select theaters across the country on August 7. 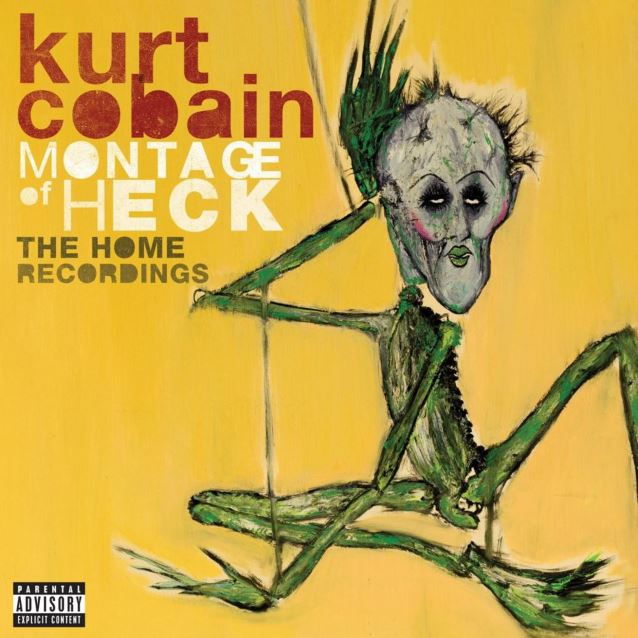 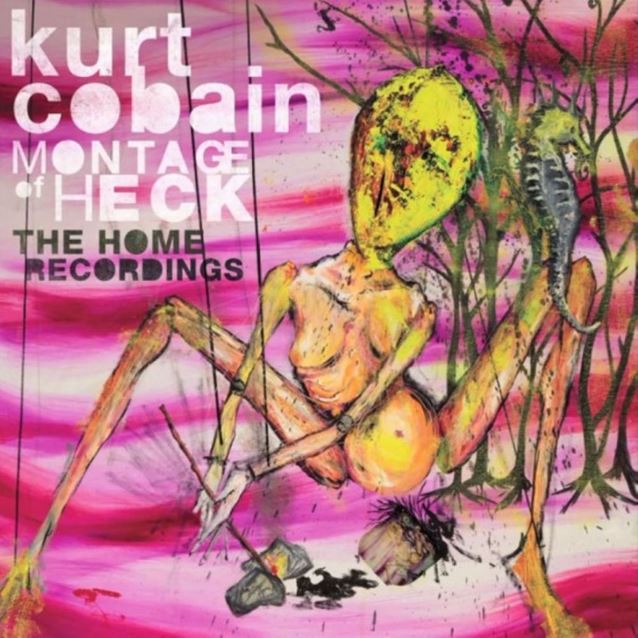