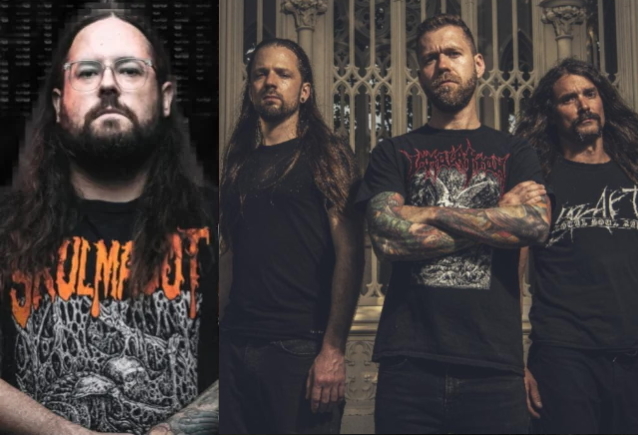 On September 9, progressive death metal outfit REVOCATION will release its eighth full-length, "Netherheaven", via Metal Blade Records. For a preview of the album, the new single, "Re-Crucified", featuring Trevor Strnad (THE BLACK DAHLIA MURDER) and George "Corpsegrinder" Fisher (CANNIBAL CORPSE),can be streamed below.

REVOCATION songwriter/frontman Dave Davidson comments: "Normally we tend to close our albums with a more epic style of song, but with this record, I wanted to go in the opposite direction and end with a complete ripper. Inspired by 'Dante's Inferno', this song is meant to feel like a journey through hell, and due to the story-like nature of the lyrics, I enlisted the vocal talents of Trevor Strnad and George 'Corpsegrinder' Fisher to aid in our journey into the abyss. Tragically, I received word of Trevor's passing immediately after we had finished filming the music videos for 'Netherheaven', and I was completely devastated by the news. Trevor was a close, personal friend of mine, and his passing was a terrible loss, not only for myself, but for the entire metal community. I'm proud that I could be a part of Trevor's immense and storied legacy in some small way. His performance along with George's are two of the highlights of the record for me. Rest in power, Trevor. You will be sorely missed but your legacy will never die."

Four years in the making, "Netherheaven" finds REVOCATION — Davidson (vocals/guitars),Ash Pearson (drums),and Brett Bamberger (bass) — meticulously exploring the allegorical and literal aspects of Hell as they dig deeper into the darker, more diabolical side of death metal. In short, where the previous album, "The Outer Ones" (2018),jettisoned REVOCATION into the horrific maw of the cosmos, "Netherheaven" bores deftly through the nine rings of Hell to directly confront Lucifer and his multitudinous faces.

"We're definitely in more of a death metal mindset than on earlier albums in our catalog," asserts Davidson. "We're focusing on how we can write the best death metal-centric album that we possibly can while still pushing our boundaries. The new songs on 'Netherheaven' are evil and sinister but also have a progressive element to them to keep things interesting. It's got our stamp on it, no question."

"Netherheaven" was written during downtime after the album cycle for "The Outer Ones" was complete. The album's nine tracks were written solely by Davidson, who spent his time between genuflecting at the altars of Luc Lemay (GORGUTS),Chuck Schuldiner (DEATH),Marty Friedman (MEGADETH),and celebrated jazz guitarists Wes Montgomery and Kurt Rosenwinkel. Between writing killer riffs and absolutely wild solos, the seven-stringer also practiced (technique),studied (theory),and taught guitar. REVOCATION truly changed gears when Davidson picked up audio engineering (with Apple's Logic Pro) to use the pandemic-era lockdowns effectively. It made perfect sense for him to helm the engineer and producer's chair at his newly built HeatWave Studios for "Netherheaven". REVOCATION then sourced Swedish studio ace Jens Bogren (OPETH, KREATOR) to mix and master at Fascination Street Studios.

"We put a lot of blood, sweat, and tears into the album," says Davidson. "We want people to be inspired. It's brutal. We brought our A-game on 'Netherheaven'."

Upon record release, REVOCATION will kick off a North American headlining tour with KRISIUN, ALLUVIAL and INOCULATION as support, before heading to Europe for another headliner in early 2023, this time featuring special guests GOATWHORE, ALLUVIAL and CREEPING DEATH. 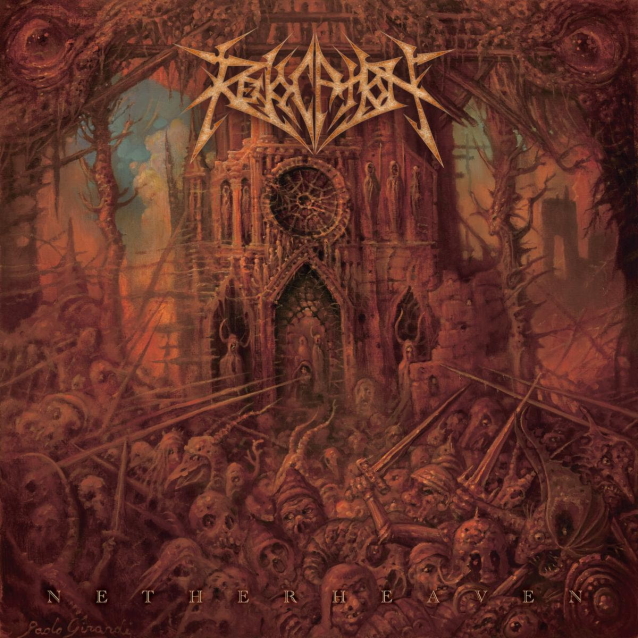