Legendary rock musician Ann Wilson has dropped the official lyric video for "The Revolution Starts Now", her first release in two years. The song is available for digital download on AnnWilson.com.

Ann stated about the song: "'The Revolution Starts Now' came to me as a message about unity… a call to step up from the polarization and derision of this moment; to choose evolution of spirit over the poison of hatred and pride. To remember and feel that we are all connected… to think higher."

In an interview with Rolling Stone, she added: "Things are just building and have been building for a long time for this sort of fever pitch before the election, and I have never seen a time when people have been so divided. Even with the pandemic, which could have been a real unifier, it seems like there's the lowest common denominator in human nature at play, where everyone's just all split up and divided and hating each other. So this song talks about thinking higher."

The single artwork for Ann's "The Revolution Starts Now" was designed by American street artist and activist Shepard Fairey, who first emerged with his "Andre The Giant Has A Posse" sticker campaign before becoming widely known during the 2008 U.S. presidential election for his Barack Obama "Hope" poster.

Wilson is one of the greatest voices in the history of rock and roll. For the past 40 years, Ann has been the lead singer for the rock band HEART (35 million records sold),thrilling audiences with her vocal power and natural gift to wrap her voice around an emotion in a song and lay it at the listener's feet. Ann carved out a place for women to dominate a rock stage, and her icon status was cemented when HEART was inducted into the Rock And Roll Hall Of Fame in 2013.

After an extensive 2019 with HEART, Ann's looking forward to bringing the same musicians on the road to perform all the great songs, and others, that she's made famous since she founded her band in 1973. 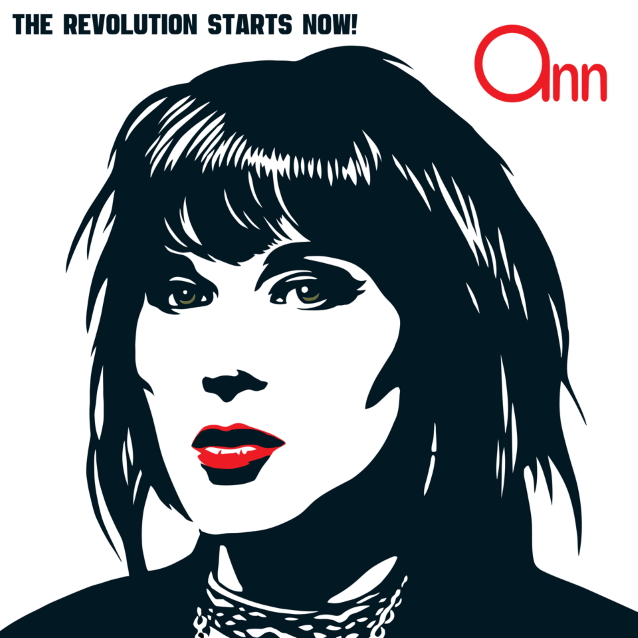