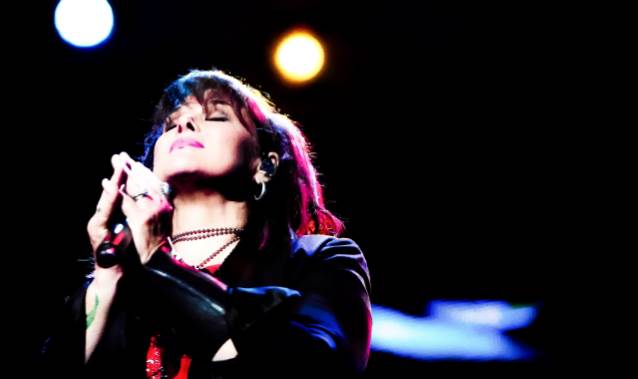 Ann Wilson of HEART, one of rock's most distinctive and powerful vocalists, has released "You Don't Own Me" as the second track from her new album that's due out September 14 on BMG. Fittingly titled "Immortal", the album features 10 musically diverse tracks that pay tribute to some of Ann's influences and friends who've recently passed and whose music poignantly lives on.

Ann's hard-hitting and timely interpretation of Lesley Gore's fearless 1963 hit "You Don't Own Me" — featuring the esteemed Warren Haynes on guitar — was released today (August 3) across all digital platforms after its premiere yesterday at Billboard. The song is also available as an instant-grat track with album pre-orders, starting today.

"I think that song has come to be way more universal now," the iconic Rock And Roll Hall Of Fame inductee told Billboard. "It could be the anthem of anyone who wants respect, anyone at all, not just women. I think we're in a time where we're having a discourse now as a culture about who people really are and how it's important to accept people, and so I thought the song really fits. I think it's really meaningful in today's world."

For "Immortal", which marks her debut for BMG, Ann has teamed with original HEART producer Mike Flicker. "Mike was the first producer to believe in me," Ann says. "He was my first teacher in the studio and knows how to provide that special support needed to bring out my soul in the recording process. It is exciting to work with him for the first time since 1980. I have traveled many, many miles since then but the old feeling is still there and fresh on 'Immortal'. He has fearlessly helped me bring my ideas to life once again and it's been a great collaboration."

Ann chose the album title "Immortal" after revealing some working titles early on in the project. "The original working titles evolved as the concept for the album evolved; a little bit at a time," explains Ann. "As my understanding of what I had undertaken grew and clarified, I realized a larger truth; that the souls may have departed but the songs will forever be their resonances. These are the poets of our time and their expressions must be handed down. Poetry is lasting and elemental like carvings in rock."

The finely etched tracks that comprise "Immortal" cover a lot of musical ground, with many highlights including songs by Leonard Cohen ("A Thousand Kisses Deep"),Amy Winehouse ("Back To Black"),David Bowie ("I'm Afraid Of Americans"),Lesley Gore ("You Don't Own Me") and Tom Petty ("Luna"). Ann says the criteria for choosing this collection of songs was easy. "First of all, I had to love them! They had to be songs I could get inside of authentically as a singer. Lyrics are important to me but the most important thing is always the marriage of words and melody that makes the song magic!"

"Immortal" includes some very special guests as well. "Warren Haynes plays on Tom Petty's 'Luna' and 'You Don't Own Me'," Ann reveals. "Ben Mink is featured on Leonard Cohen's 'A Thousand Kisses Deep' and Amy Winehouse's 'Back To Black'. They are both musicians and great people whom I admire. It's always a pleasure and an honor to work with them. Their souls shine through on these songs!"

Ann is on the road all summer on the in-progress "Stars Align Tour" with Jeff Beck and Paul Rodgers, which kicked off July 18 in West Valley City, Utah and stops in over 20 cities across the U.S. and Canada, including Dallas, St. Louis, Chicago, Toronto and Nashville, before wrapping August 26 in Tampa. Ann's setlist this summer will include songs from "Immortal". The songs will also be featured in Ann's first-ever solo television special (details to be announced),taped this past April at the Arcada Theatre in St. Charles, Illinois, to coincide with the album's release. 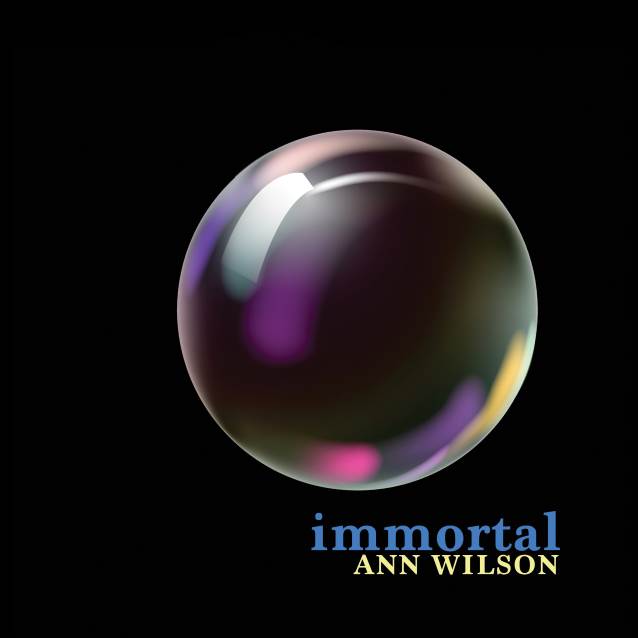