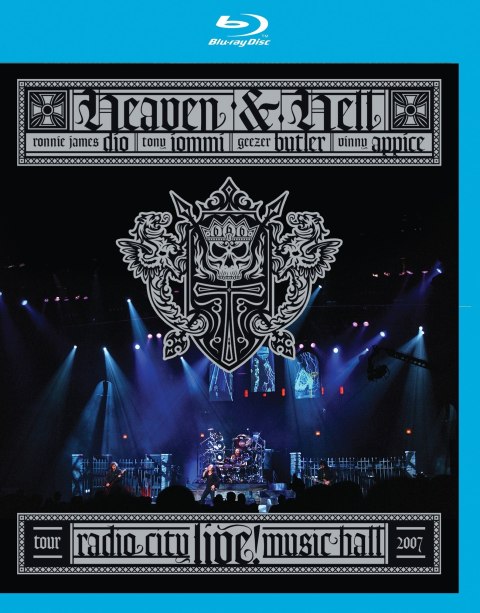 HEAVEN & HELL's "Live At Radio City Music Hall" 2007 concert will be released on Blu-ray disc on May 17 via Eagle Rock Entertainment. The Blu-ray will contain lots of bonus features that were not on the original DVD.

The "Live At Radio City Music Hall" DVD has sold around 60,000 copies in the United States since its August 2007 release, according to Nielsen SoundScan.

"Live From Radio City Music Hall" captures HEAVEN & HELL bashing its way through some of the Dio era's best including "Mob Rules", "Die Young", "Neon Knights", "Children Of The Sea" and an epic 15-minute-plus version of "Heaven And Hell". The quartet also performed a pair of new songs — the hit single "The Devil Cried" and "Shadow Of The Wind". Both songs debuted in 2007 on "Black Sabbath: The Dio Years" (Rhino/Warner Bros. Records),the first comprehensive introduction to the Dio era's legacy. The disc includes the entire show shot in breathtaking HD as well as a tour documentary and other bonus footage.

"Live From Radio City Music Hall" is available at regular retail outlets both as a two-disc CD set and as a DVD for a suggested list price of $19.98 and $19.99, respectively.