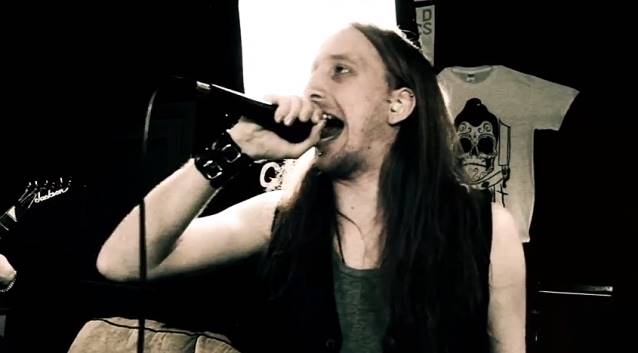 U.K. black metallers HECATE ENTHRONED recently inked a deal with Crank Music Group for the release of their upcoming album. The long-awaited follow-up to 2004's "Redimus", entitled "Virulent Rapture", is due on November 25. A short U.K. tour to promote the upcoming opus will kick off at the beginning of December.

The first in a series of video clips giving fans an insight into the recording processes that went into "Virulent Rapture", along with the bandmembers' personal thoughts on the making of the CD, can be seen below.

Pre-odered copies will come in a special limited box set edition that includes an A3 poster and the HECATE ENTHRONED Black Flag (50cm x 70cm). Only 100 hand-numbered copies are available!

HECATE ENTHRONED recently announced the addition of vocalist Elliot Beaver (AETERNUM) and drummer Gareth Hardy to the group's ranks. The band states: "This heralds a new start as well as a new lineup for the band."

HECATE ENTHRONED bassist, Dylan Hughes previously stated about the band's upcoming CD: "The new material is very much guitar-driven, lots of heavy and fast riffs (tuned to C#),giving a relentless feeling to the tracks which we have tempered with a big orchestral sound. The choirs and orchestras have always been a big part of the sound with HECATE and that is very true with this material. In some parts, it recaptures some of the moods from the very early releases. Because of the fact we are recording ourselves, we aren't pressured too much by time constraints and can spend more time on getting the right sound and mix as we feel in the past we have had to sacrifice certain things to reach a recording deadline." 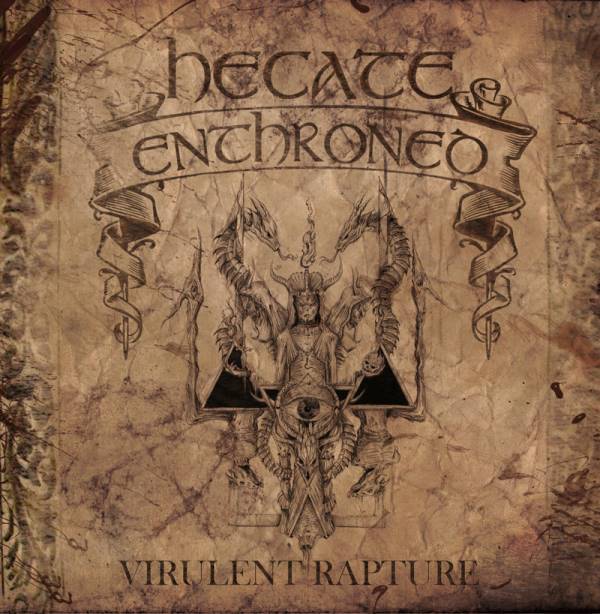