SoCal artists (HED) P.E. have revealed details for their upcoming "Sandmine" EP, set for release on July 23 via Suburban Noize Records. (HED) P.E. will commemorate the new release by hitting the road starting July 23 in Las Vegas, Nevada for a month-long headlining tour. The tour will also mark the first time the band performed tracks off their critically acclaimed twelfth studio album, "Class Of 2020", which was released last year.

Comments frontman Jared Gomes: "After the success of 'Class Of 2020', we wanted to give the fans more of what they wanted! The pandemic, the election, the reaction, the pending birth of my daughter... all these experiences fueled the inspiration for 'Sandmine'. The title itself names a brutal place where only the strong survive and few are able to escape.

"On 'Class Of 2020' we went back to our roots with the back-to-basics approach; but on this one we mixed all those elements together with our signature G-Punk sound and a pissed off 'Sandmine' was born. I cannot wait for the world to hear this one."

Recorded at Gomes's home studio in Idaho, the seeds of "Sandmine" were triggered by producer/songwriter Remy Dovianus who co-wrote and co-produced the EP. Dovianus has been a lifelong (HED) P.E. fan and recorded the guitar and bass in The Netherlands with a goal of harnessing the signature sound of the band's biggest albums. Drummer Jeremiah "Trauma" Stratton laid down his drums with an emphasis complimenting the deep metallic grooves. Gomes is at the top of his game and ever defiant on "Sandmine", recording vocals that draw inspiration from the raw aggression of SUICIDAL TENDENCIES and RAGE AGAINST THE MACHINE, mixed with the unfiltered hardcore tones of HATEBREED. "Sandmine" encapsulates the old thrashiness and ferocity of early (HED) P.E. albums, weaving together a complex mixture of poignant punk-rock, brutal riffs, and bludgeoning drums that packs a walloping punch.

(HED) P.E. are the pioneers of the G-Punk sound, which fuses together punk-rock, metal, hip-hop and reggae. For over two decades, the band has toured the world alongside hard rock chart-toppers like PAPA ROACH and LINKIN PARK, hardcore legends SUICIDAL TENDENCIES, as well as the iconic Ozzfest tour. (HED) P.E. experienced a creative resurgence after signing with Suburban Noize Records in the early 2000s and was instrumental in developing the booming underground scene. 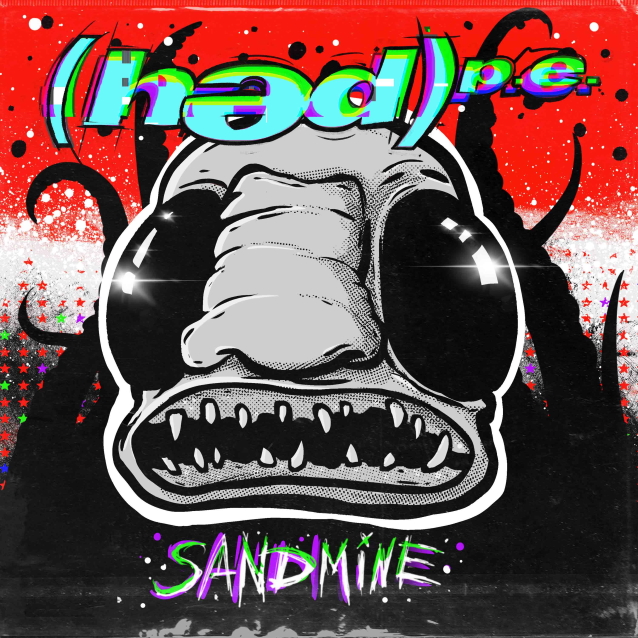