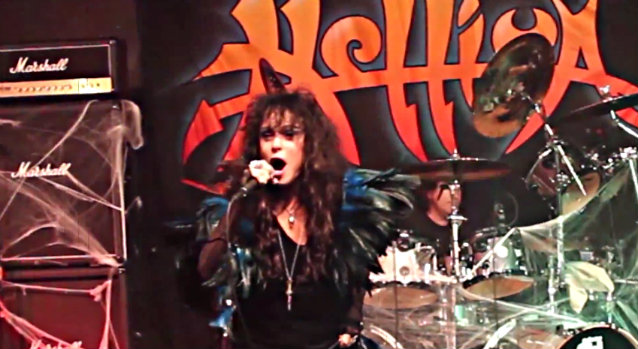 "Betrayer", the new video from Los Angeles-based female-fronted metallers HELLION, can be seen below. The clip features footage from the HELLION North American tour, including stops in Seattle, Toronto, Boise, Los Angeles, and more.

In October, HELLION released its first CD of new music in a decade. "Karma's A Bitch" was produced by legendary British studio icon Ken Scott, who has helmed such albums as DAVID BOWIE's "Hunky Dory", "The Rise And Fall Of Ziggy Stardust And The Spiders From Mars", "Aladdin Sane" and "Pinups".

HELLION will release a live CD, which was recorded on their recent tour, in early 2015.

The group plans to perform in England and Europe early next year.