The reunited expanded classic lineup of German power metallers HELLOWEEN — featuring seven musicians, including former vocalist Michael Kiske and guitarist Kai Hansen alongside current singer Andi Deris and guitarist Sascha Gerstner — has announced the North American leg of its "Pumpkins United" world tour. The trek will kick off on September 7, 2018 in Las Vegas and conclude on September 15, 2018 in New York.

The first show of the "Pumpkins United" tour took place on October 19 at Escena in Monterrey, Mexico. The concert marked the first time Kiske has played live with HELLOWEEN since his 1993. Hansen, who also departed HELLOWEEN in 1988, has been joining the band onstage on various tours and festival appearances throughout the years. The set featured several duets with Kiske and his replacement, Deris, along with many rarely played songs, including "Kids Of The Century", "Rise And Fall" and "Livin' Ain't No Crime". Hansen — who fronted HELLOWEEN until late 1986 — sang a medley of several early HELLOWEEN classics, including "Ride The Sky", "Judas", "Starlight" and "Heavy Metal (Is The Law)". The show concluded with a video tribute to original drummer Ingo Schwichtenberg, who passed away in 1995.

Guitarist Michael Weikath told Spain's Metal Journal that Hansen was the first to suggest the idea of a tour like "Pumpkins United". But the reunion wasn't put into motion until Weikath had a conversation with Kiske at a metal festival in France. The guitarist recalled: "I said to [Kiske], basically, 'You shouldn't be too angry. You just must understand me. Back at that time, I saw myself as the one to put things into the right direction in HELLOWEEN, and the fact was nobody wanted to record another record with you, so I had to find a solution, or an opinion, and I had to state it to you, and this is how things came about back then. And I hope you can maybe forgive me about that, if I tell you this. Just try to understand me, what was going on back then.' And he said, 'Maybe I've already forgiven you. I don't know.'"

Regarding how long he went without talking to Michael Kiske before they reconnected at the aforementioned French festival, Weikath said: "Ever since [he left the band], after [1993's] 'Chameleon' [album]. 'Cause we didn't know how to touch that subject and whatever, and you could see from the press and his comments that there was understandable discrepancy in our relationship. It was always, like, 'Kai Hansen has said this about you, Weiki, and Michael Kiske has said this about you, Weiki. And what do you say?' And so I was always firing back. And that's not necessary anymore if we have these talks going and everything. And, basically, there's a time to be a little bit adult and grown up about things. Because so much time passed, there can't possibly be much more trouble, because everyone involved has more or less proven what he is capable of on his own and what he would be. Michael Kiske has been doing the solo records as they are, he's been involved in projects as they are and as they were, we've been doing the HELLOWEEN thing, and Kai Hansen has been doing his stuff. So everybody presented to the public what everyone was capable of. And so that's the history, that's all behind that whole thing. And what is there to quarrel or worry or fight about? There's nothing." 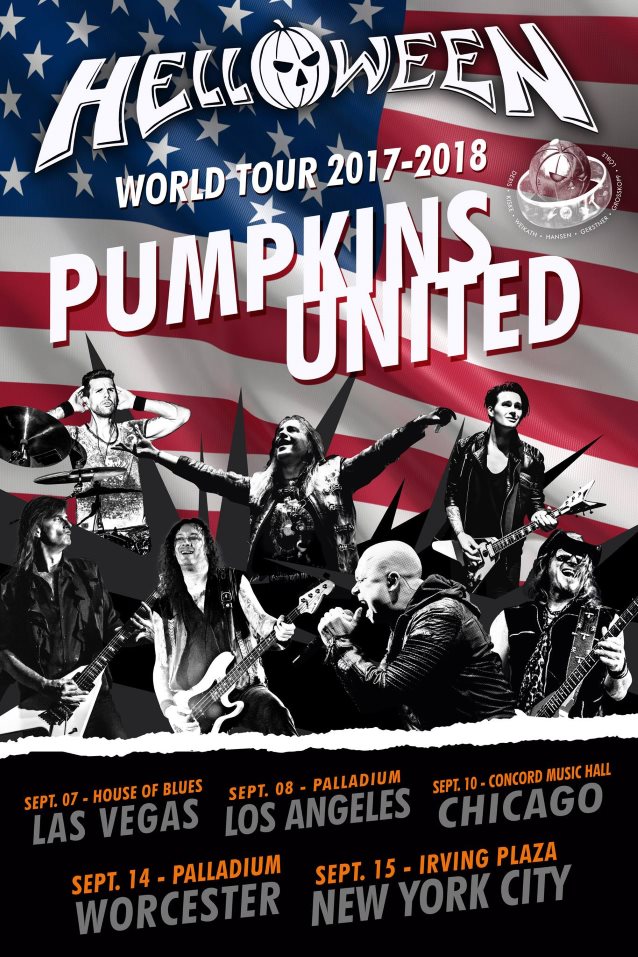