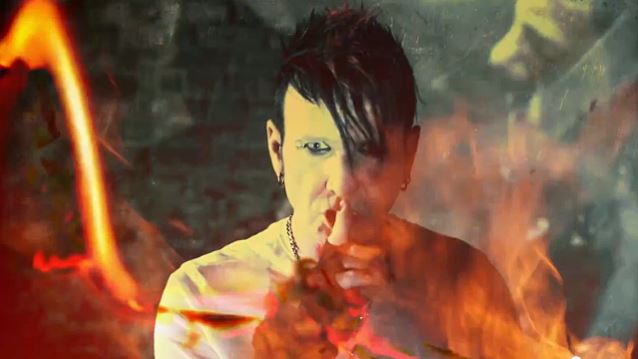 Sexton previously worked with HELLYEAH on the "Sangre Por Sangre (Blood For Blood)" and "Moth" clips.

The "Hush" single was released on March 13 as part of "No More Week." The song's lyrics, written by vocalist Chad Gray, discuss his personal experience growing up in a home with domestic violence, and aim to shed light on a hidden subject while letting other survivors know that they are not alone.

Gray states: "The essence of the song is that there's something very empowering about the realization and recognition of where you are in life. Even in the darkest of times.

"It's human nature to adapt and overcome or at least find comfort on some level. Isolation is just that. Uncomfortable. But considering the alternative isolation becomes a womb or safe place. I lived that existence and music got me through those dark times. It saved my life. No matter how cold and lonely it felt, there was a voice speaking to me and that voice was music.

"When I listened to music, I interpreted the artists' message however I deemed it applicable to my life and surroundings, which Is why I write lyrics that are open-ended.