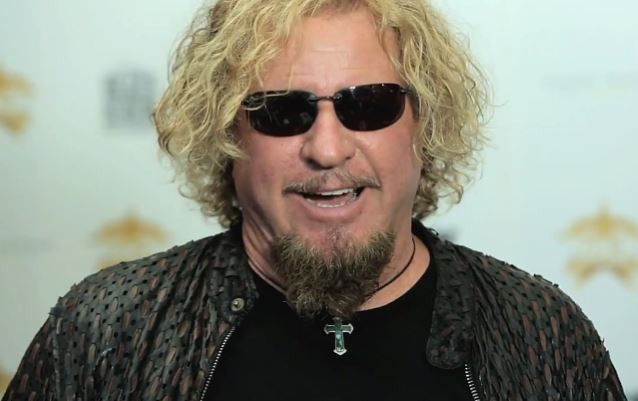 SAMMY HAGAR Is Still Waiting For $1.4 Million Car He Custom-Ordered

According to Yahoo! Autos, legendary rocker Sammy Hagar is still waiting for the $1.4 million Ferrari LaFerrari that he custom-ordered in white with black and beige accents while touring the Maranello factory for the first time.

"Last October, I went to Italy to visit Ferrari with my wife, Kari, and the folks there said, 'Don't worry about a thing, you'll have your car soon," he told the site. "They said, 'Sammy, a few months, maybe Christmas,.' Man, now I'm thinking they meant Christmas 2015."

Only 499 units of the LaFerrari — which boasts a whopping 950 horsepower — are being made.

Ferrari's first gasoline-electric hybrid model, LaFerrari has been described as "the most powerful street-legal Ferrari ever built."

Three days after the car's debut at the 2013 Geneva Motor Show, more than 1,000 people had put in requests to purchase the vehicle.