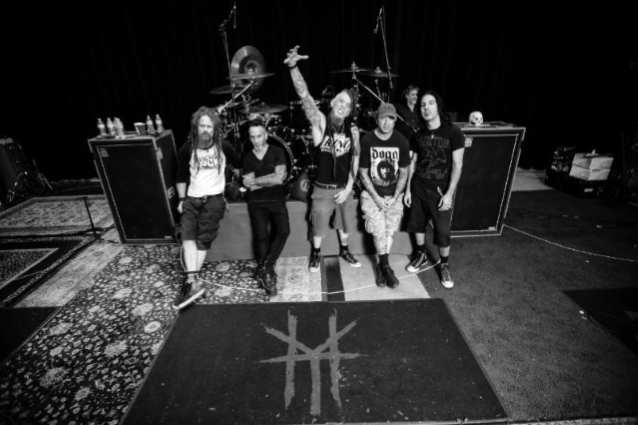 Roy Mayorga has confirmed that HELLYEAH is "on hiatus."

The 51-year-old drummer, who toured with HELLYEAH as the replacement for PANTERA drum legend Vinnie Paul Abbott, addressed the band's current status during an appearance on the latest episode of the "The New York Hardcore Chronicles Live!" Internet show.

Asked if HELLYEAH is still a functioning band these days, Mayorga said: "Not right now, 'cause [HELLYEAH singer] Chad [Gray] is on his way to go do [the] MUDVAYNE [reunion shows]. So those guys are on hiatus for right now."

Mayorga stepped in as Vinnie Paul's replacement for the touring activity in support of HELLYEAH's sixth album, "Welcome Home", which came out in September 2019.

In September, Maxwell told "The Ex-Man" podcast that he wasn't sure there would be a follow-up album to "Welcome Home".

"When [Vinnie Paul] died — I'm not gonna lie — my passion, my love affair died as well with him," Tom said. "I don't even know if I wanna make another HELLYEAH record without him.