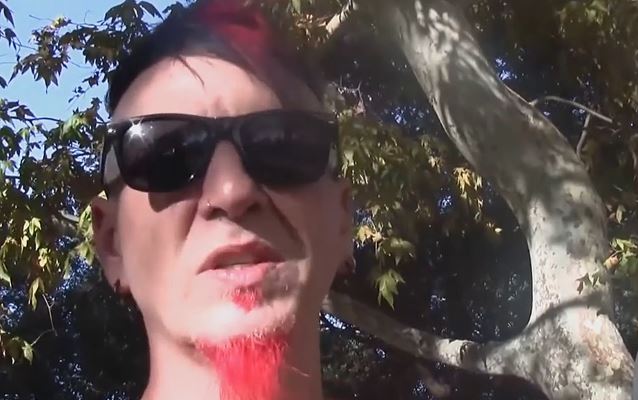 HELLYEAH and MUDVAYNE singer Chad Gray is the latest musician to respond to KISS bassist/vocalist Gene Simmons' recent comment that "rock is dead."

Asked to weigh in on Gene's comments, Gray told IndiePower.com: "Fuck that! No way, man.

"Is rock dead because people don't buy records or whatever?

"You know what it is? The dinosaur fucking mentality is dead.

"You know what? Here's the deal: If you love HELLYEAH, support HELLYEAH. That's all we're asking. If you support us, we can't go anywhere; we're gonna stay. You keep us in the papers. You know what I mean?! When people don't support music, that's when rock dies. And, dude, people need metal. I've always needed metal.

"Metal saved my fucking life. Metal saved my life countless times. I would have never been able to get through some of the trials of my life without that music to help me. And I support it still, those bands that got me through it, and I continue to support it by fucking playing metal. You know what I mean?!"