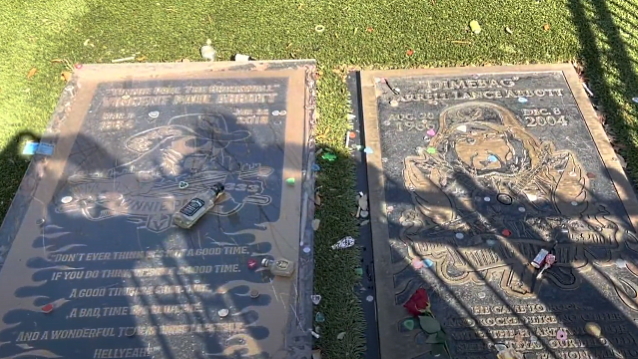 In a message accompanying the release of the video, Metal Speck wrote: "Every time I'm near Arlington, TX, I make time to pay my respects at the gravesites of Vinnie and Dime. Thought it would be a great idea to post a video of how to walk to them, since Moore Memorial Gardens is so large.

"There are at least two entrances and you can drive there, but I like to walk and see around the cemetery. If you do too, to go by these directions, use the main entrance on N Davis Drive.

"There is now a gate around the sites, but feel free to bring a pick or a dime in memory."