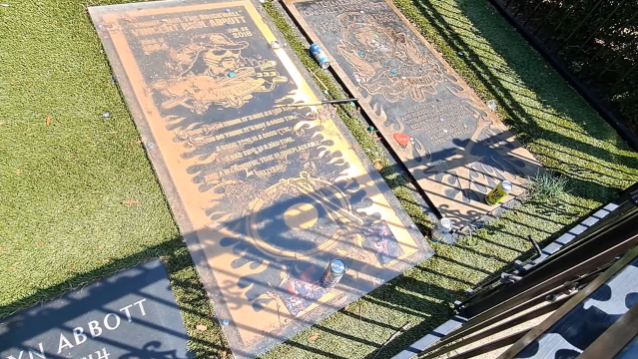 The Geeks, Graves And Good Stuff YouTube channel has uploaded a July 2022 video tour of the graves of legendary PANTERA guitarist "Dimebag" Darrell Abbott and his brother, PANTERA drummer Vinnie Paul Abbott, at the Moore Memorial Gardens Cemetery in Arlington, Texas. Check out the seven-minute clip below.