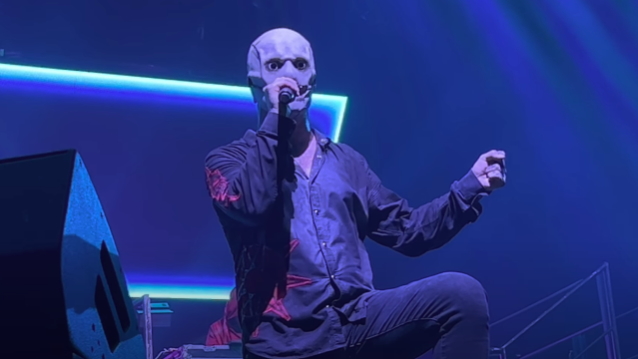 A four-camera video of SLIPKNOT performing its latest single, "The Dying Song (Time To Sing)", live for the first time on July 28 at O2 Arena in Prague, Czech Republic can be seen below (courtesy of YouTube channel Bahomar).

"The Dying Song (Time To Sing)" is taken from SLIPKNOT's seventh studio album, "The End, So Far", which will be released on September 30 via Roadrunner Records. The follow-up to 2019's "We Are Not Your Kind", it will be the band's final record with Roadrunner after first signing with the rock and metal label in 1998.

The official music video for "The Dying Song (Time To Sing)" was directed by SLIPKNOT percussionist M. Shawn "Clown" Crahan.

Produced by SLIPKNOT and Joe Barresi, "The End, So Far" includes the band's 2021 surprise single "The Chapeltown Rag" and follows their widely celebrated 2019 album "We Are Not Your Kind", which marked SLIPKNOT's third consecutive No. 1 on the Billboard 200. The release made a massive global impact with No. 1 debuts in the official album charts of twelve countries around the world, including the U.K., Australia, Canada and Mexico, with Top 5 debuts in an additional twelve countries including Germany, France and Sweden.

Regarding the lyrical inspiration for "The Dying Song (Time To Sing)", SLIPKNOT singer Corey Taylor told Kerrang! magazine: "To me, it just seems like it's all the outrage and none of the punishment. For the last few years it's been very trendy to be offended and outraged by everything, and yet nothing happens – especially in my country, which is just fucking ridiculous. It's almost like the tables have turned, and the more angry people get, the more the people who they're mad at just double-down on the shit. Instead of there being cause and effect, or crime and punishment, now it's just like, 'Fuck you, we don't care.' I can't tell if that's a reaction because of the almost nihilistic isolation of the cultures themselves, where neither side is acknowledging any of the good parts of each other – they're just really honed in on the shit that they consider inflammatory. And it's almost like people are ringing the doomsday bell. You're sitting there going, 'Well, it's been fun! Everybody, pick up your trash when you're leaving, and I'll see you in Hell!' That's kind of what that song is. It's just like, 'If we don't figure it out, I'll see you when the meteor hits, basically.'"

As for SLIPKNOT's working relationship with Barresi, Taylor said: "He's one of those dudes who's got great ideas, but he also allows you to do what is on your mind. If he has an idea, he lets you pursue yours, but then he'll go, 'You know, just for me, try this and see if these things can live together.' He's very unassuming, which is kind of rare these days. Sometimes you can get a producer who's trying to enforce their will on it, but Joe just wants what's best for the album, and what's best for the song, and what's best for the performance."

"To me, 'Vol. 3' was really the most expansive album that we had done, up to that point," he explained. "It was the thing that kind of pushed the boundaries for everybody, you know? We were able to experiment with different styles of music, and really show people that there was so much more depth to what we do. And I kind of feel like that's what this album is doing. In a way it is [also] an extension of 'We Are Not Your Kind', but to me, the songs are better, the structuring is better. We're able to kind of take it even further, and after 23 years professionally, being able to say that there's ground that we haven't covered yet, and there's ground that we're excited to cover, is cool." 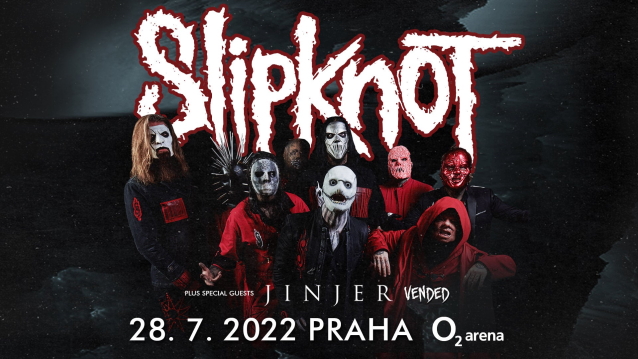