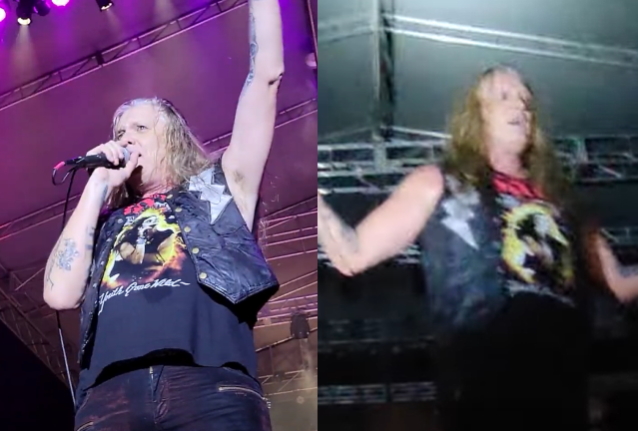 Watch: Power Goes Out During SEBASTIAN BACH's Concert In Minnesota

The former SKID ROW singer and his solo band were playing the SKID ROW classic "Piece Of Me" on July 22 at the Mid-Summer Music Fest in Menahga when the stage suddenly went dark, forcing Bach and his fellow musicians to halt the performance for a few minutes as the roadies and the stage hands scrambled to correct the problem.

In the comments section below the YouTube video of Bach's performance, the technician who says he was "running lights" for the event, explained what happened, writing: "The generator literally blew up, we turned it on again and it started bouncing up and down about 2 feet high, we switched to a backup generator that was the same size." 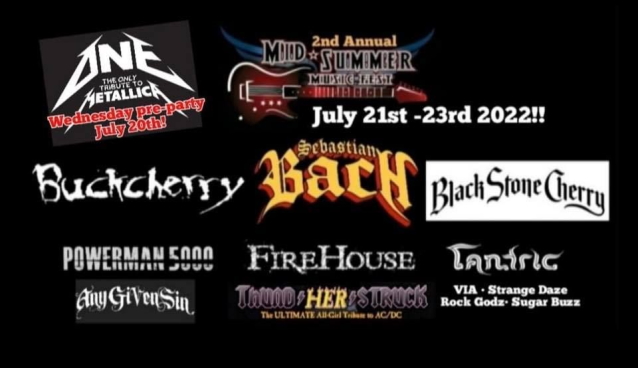