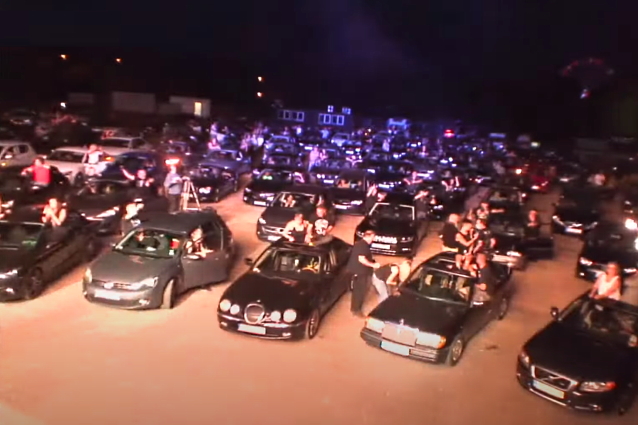 German metal queen Doro Pesch played her first drive-in concert in Germany this past Saturday (June 13) while complying with the country's social distancing regulations amid the coronavirus pandemic. The show took place at the CARantena-Arena in Worms.

Professionally filmed video footage of the entire gig can be seen below.

After the show, Doro took to her Twitter to share a clip of the performance, and she wrote in an accompanying message: "Man, our first show at a #driveincinema / #Autokino was soooo #awesome! What an #amazing crowd! We had a #blast! #Worms, we #love you!"

The first Live Nation show was held last month in Denmark, with 600 cars in attendance.

Doro will release her new single, "Brickwall", digitally on June 26 via Nuclear Blast and on vinyl on July 31.