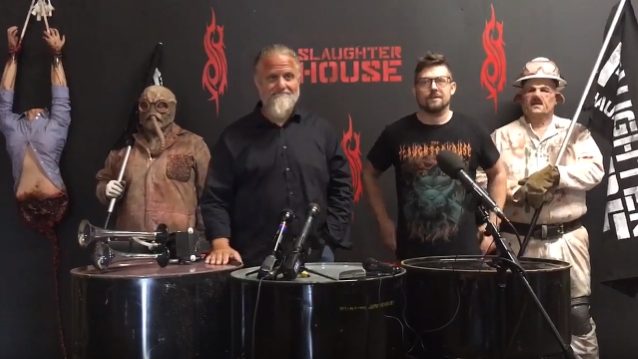 A walkthrough of the new haunted attraction in Des Moines, Iowa formed as a partnership between SLIPKNOT and Slaughterhouse can be seen in the one-minute video below (courtesy of the Des Moines Register). The 10,000 square-foot haunt features memorabilia from the group, meet-and-greet events, about 40-50 actors who bring the band's "iconology, lore and culture" to life, and even an opportunity to go through the Slaughterhouse with a SLIPKNOT bandmember.

Percussionist and co-founder Shawn "Clown" Crahan spoke about the collaboration at a news conference last month inside the attraction, which first opened in 2010. "It's been a long time since we've done anything in Des Moines besides play shows, so we're really happy to do this," he said.

"We're going to invite this to the entire world," Crahan said. "Normally, that would be kind of a strange thing to say, but…you won't believe who'll show up. We have dedicated fans. When we [tour] Europe, they're at every show.

Ian Miller, the owner of the Slaughterhouse, said: "This thing that is happening is beyond our wildest nightmare come true." 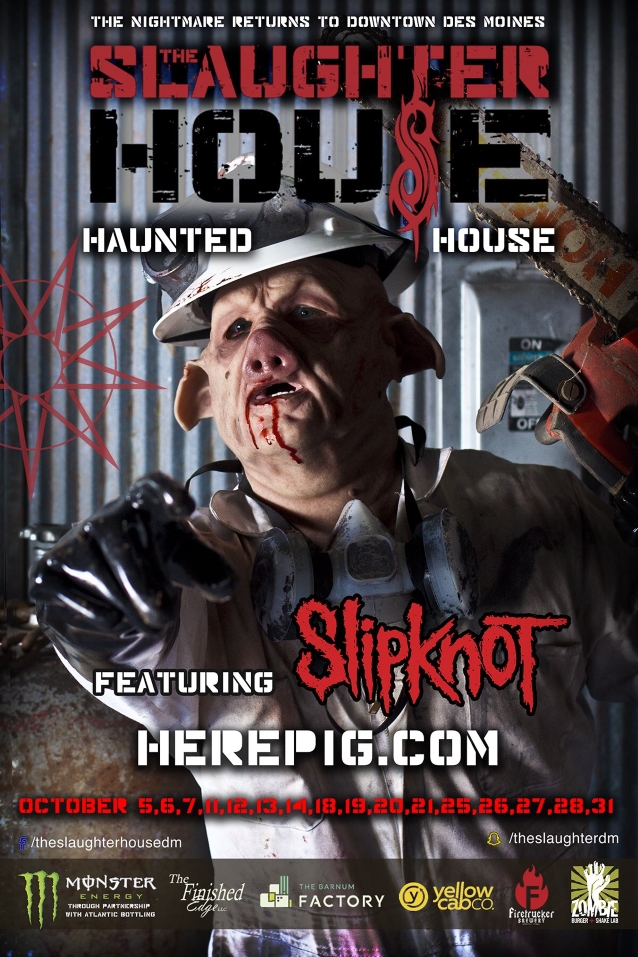