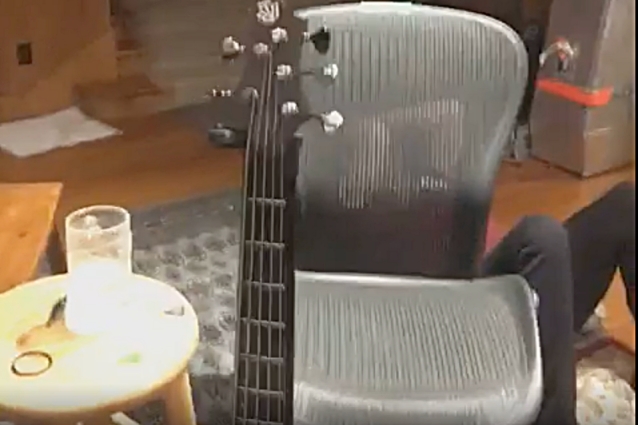 Dave Mustaine has unveiled the first glimpse of the bassist that re-recorded David Ellefson's bass tracks on the upcoming MEGADETH album.

Mustaine made the revelation while filming a new video message on Cameo, which lets users hire celebrities to record brief, personalized video messages about virtually any topic.

Addressing a fan named Alex, Mustaine said: "I'm walking around the studio right now. That's [engineer] Chris Rakestraw sitting back there on the consol. And you've got our mystery bass player hiding behind the chair down there on the floor, so you can't see him. But we will be saying who that is soon. And you actually saw him before anybody else — even though you can't really see him."

Although it's impossible to tell who the bassist is based on the video, the mystery musician appears to be using an Ibanez bass.