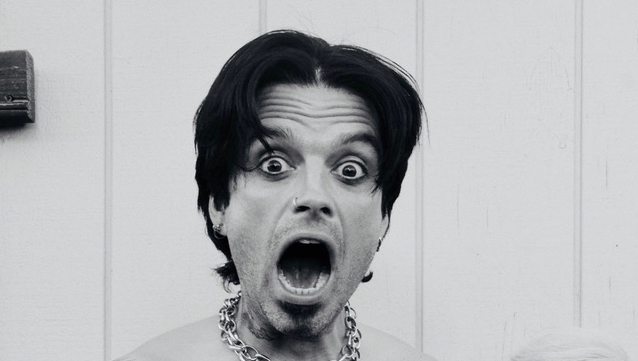 Hulu has released a first look at Sebastian Stan and Lily James as MÖTLEY CRÜE drummer Tommy Lee and "Baywatch" star Pamela Anderson in the limited series "Pam And Tommy" about their infamous leaked sex tape. Seth Rogen will also appear in the series as the man who stole the tape, and will produce with his partner Evan Goldberg. The series also stars Nick Offerman, Taylor Schilling, Andrew Dice Clay, Pepi Sonuga, Spencer Granese and Mozhan Marnò.

The eight-episode series will focus on the duo's salacious relationship in the 1990s, including the leak of the private honeymoon video and the legal battle that ensued.

Lee and Anderson are reportedly not involved with the series, which is written by Robert Siegel and DV DeVincentis and produced by Annapurna.

Here’s a peek at Pam & Tommy, coming to @Hulu. Based on the true scandal that started it all, featuring Lily James, Sebastian Stan and @SethRogen… ready to rewind? #PamAndTommypic.twitter.com/4ctdKYEm9F