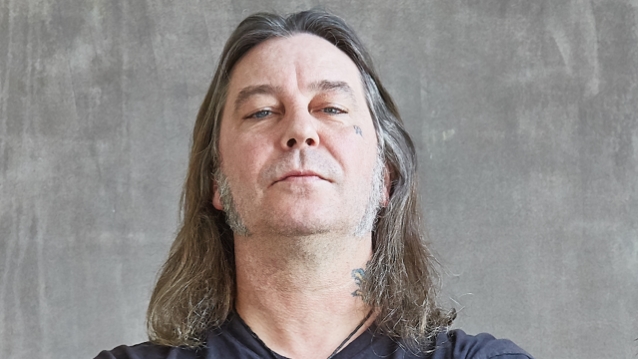 HIGH ON FIRE frontman Matt Pike has shared a graphic photo of his partially amputated toe. The emergency surgery forced the band to pull out of its previously announced "Speed Of The Wizard" co-headlining tour with MUNICIPAL WASTE last month. The trek was scheduled to kick off on November 2 in Dallas, Texas and run through November 26 in Santa Ana, California.

HIGH ON FIRE's latest album, "Electric Messiah", was released on October 5 via Entertainment One (eOne). The disc reunited the band with producer Kurt Ballou (CONVERGE, TORCHE, KVELERTAK) for the third time.

In an interview with Consequence Of Sound, Pike spoke about how his personal life and relationships influence his work. "I'm with a partner now that is a tattoo artist and musician," he said ."We lead a similar lifestyle and she really understands multi-tasking. I moved up to Portland now and I have a house with a DIY studio. I think that's why there are less of my sissy songs on 'Electric Messiah'. Before [2015's] 'Luminiferous', I was with my best friend for seven years but we realized our lifestyles just weren't really compatible. Ending that [relationship] effected the writing on 'Luminiferous'. I don't have any of the 'cry-in-my-beer' songs on this one. This one is full throttle."

He continued: "I always study ancient Sumerian culture and Mesopotamia, their mythology, how those myths influence religion, and how religion then influences the world. Put a tinfoil hat on me if you want, but that's the stuff I believe. I generally think the strings are being pulled. So there is more focus on those themes on the record than on past HIGH ON FIRE records."