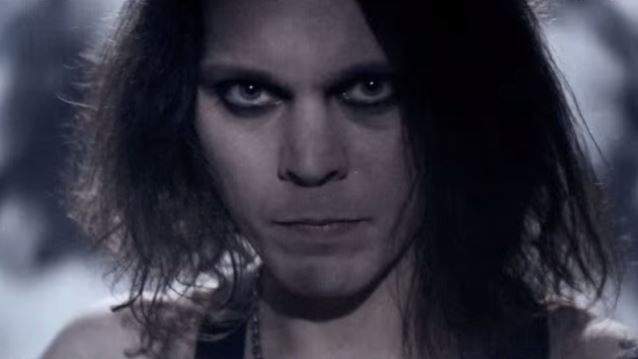 Kröger made his live debut with HIM earlier tonight (Saturday, July 25) during a surprise performance at the Qstock festival in Oulu, Finland. The concert was originally billed as a gig by RAMBO RIMBAUD, the solo project of HIM mainman Ville Valo.

Gas announced his exit from HIM in January, explaining: "I simply feel that it's time for me to move on as a musician." He added that "during the final stages of [HIM's] last tour, [I noticed] that my heart was not in it 100% anymore… If my heart feels that it's time to let it go, then I have to listen, because otherwise it wouldn't be right towards myself, the rest of the band or you wonderful fans. It would end up being a forced effort and I can't perform or create like that."