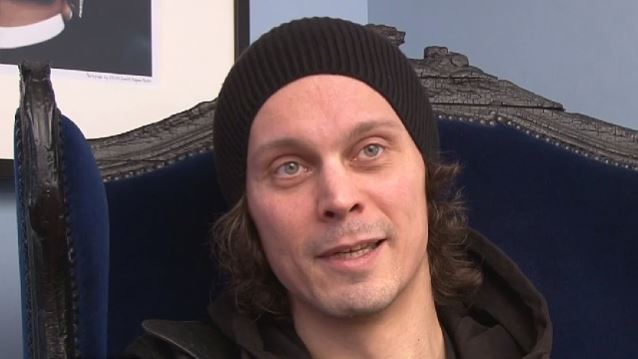 Finnish "love" metallers HIM will release a limited-edition box set, "Lashes To Ashes, Lust To Dust: A Vinyl Retrospective '96-'03", on December 23 via The End. The box set includes the rare debut 1996 EP"666 Ways To Love: Prologue" on 180-gram heavyweight vinyl for the first time ever, along with an exclusive Heartagram logo slipmat and a USB drive with 37 bonus tracks, 80 tracks all together, all remastered. Also being released are four of HIM's iconic albums, "Greatest Love Songs Vol. 666", "Razorblade Romance", "Deep Shadows And Brilliant Highlights" and "Love Metal", in multiple configurations, all remastered with bonus tracks, exclusive liner notes, and special packaging.

Speaking to Artisan News earlier this week, HIM frontman Ville Valo stated about the band's decision to remaster its early releases: "I don't think there's anything wrong with the albums, per se, but, obviously, the first one was done… well, the EP was '96 and the first album was '97… and then it was about, like, 1999 when we recorded 'Razorblade Romance'. So that was a long time ago, and that was when the, whatever you wanna call it, 'loudness wars' or whatever, started happening, so people started to master everything so loud that rock albums started lacking dynamics, the best example being 'Death Magnetic' by METALLICA. It's terribly loud, but it's probably what they went for, and it does sound aggressive, but at least in my ears it wears 'em out easy. So we were spared for some of that stuff, because we did some of the albums before… So it was kind of a fine line… [We had albums that were done during the] 'loudness wars' and then we had had stuff that was done before the 'loudness wars,' so we were… Long story short, we were able to just tweak… And to my ears, they sound more fresh and more 'in your face' but having all the essential… We have to be, at the same time, kind of careful with it, 'cause we had Sterling Sound in New York City… George Marino, who is a legendary mastering engineer, he did a few masters for us before he passed away, so we didn't wanna mess about with those too much. And also, BLACK SABBATH is a great example. When they did the remasters in the '80s of the first album on CD, they sound terrible. Because they all of a sudden thought they had to find that '80s kind of feel, and it doesn't work like that. So you have to be faithful and truthful and honor the original, but while doing so… There's no rules. That was the exciting part. We were working with Sterling Sound again, and Justin [Shturtz], the guy that did it, did an amazing job. So it was way easier than I thought."

In support of the deluxe remastered releases, HIM has just embarked on a U.S. tour. Remaining dates are as follows: 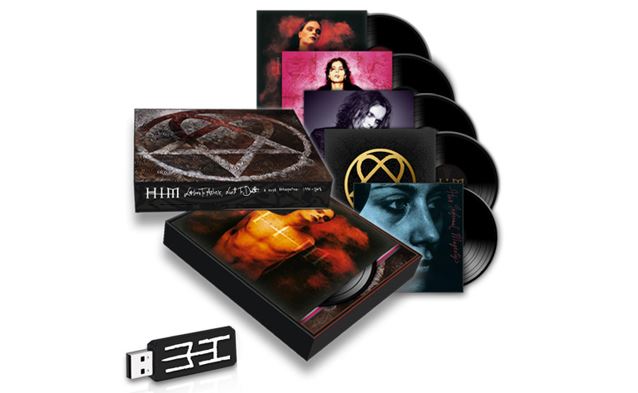