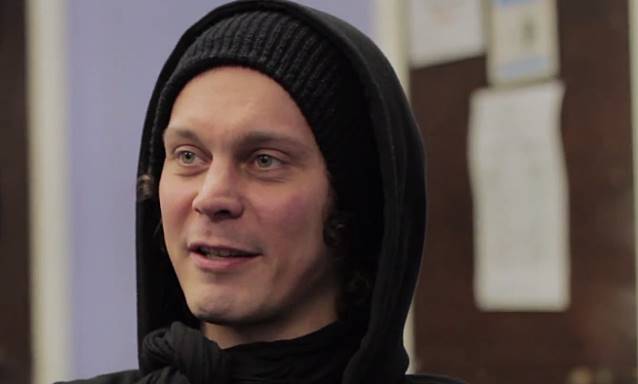 Hot FM CQ breakfast announcer Paul "Browny" Brown conducted an interview with vocalist Ville Valo of Finnish "love" metallers HIM during this year's Soundwave festival in Australia. You can now listen to the chat using the SoundCloud widget below.