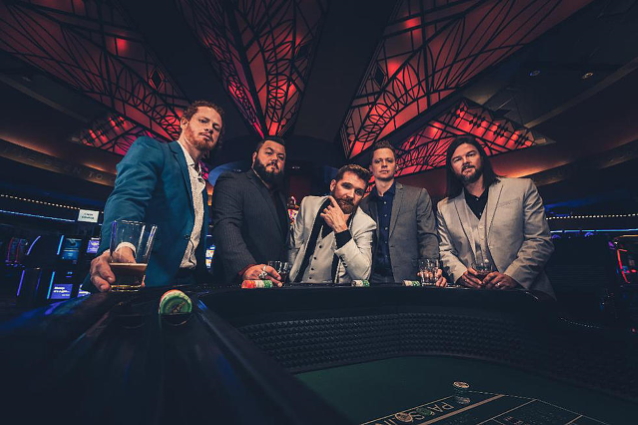 HINDER Releases Cover Of EAGLES' 'Life In The Fast Lane'

Oklahoma City rockers HINDER have released a new single, a cover of the EAGLES classic rock radio staple "Life In The Fast Lane". The track is available today via all digital platforms.

The band has also just started the second leg of its "Lucky 7 Tour", a three-month North American run. ROYAL BLISS opens the bill. More dates have been added through September, with the band heading down south.

HINDER most recently released a single titled "Halo", the band's first new music since the 2017 full-length "The Reign". The group plans to release its seventh studio LP later this year that will be the first the bandmembers do completely on their own terms. Cody Hanson explains: "We're excited about releasing the next album, but in a different way than usual. We've never had the opportunity before to completely control every aspect of the creative process until now. We've worked really hard to get to this point and we can't wait to share the outcome with our fans."

HINDER's original vocalist Austin Winkler left the band in 2013. Two years ago, he was sued by the current members of the group for allegedly unlawfully using the HINDER trademark to promote his solo career.