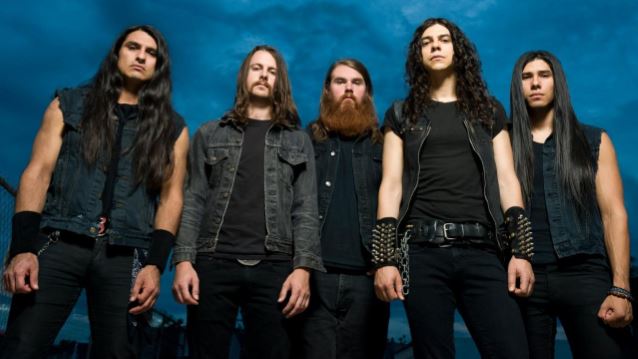 The official lyric video for "Crystal King", a brand new song from the Los Angeles-based shred quintet HOLY GRAIL, can be streamed below. The track is taken from the band's new album, "Times Of Pride And Peril", due on February 12 via Prosthetic.

Recorded with Grammy Award-winning producer John Spiker (TENACIOUS D, FILTER),"Times Of Pride And Peril" encompasses the rise and fall of an empire over ten grueling tracks of classic heavy metal.

Pre-order bundles, including the album on CD or LP bundled with an exclusively designed t-shirt, long-sleeve or hoodie, are now available at this location. Vinyl options include black, limited-edition orange and limited-edition marble variants, all of which include a gatefold jacket and a color poster/lyric insert along with a download card.

Digital pre-orders, which include an instant download of "Crystal King" and the debut single, "No More Heroes", are available via iTunes, Amazon MP3 and Bandcamp.

HOLY GRAIL, who recently were seen alongside the likes of KING DIAMOND, DEATH ANGEL and FLOTSAM AND JETSAM, will continue to pulverize pavement across the U.S, as they join guitar hero Marty Friedman for a short jaunt in February before meeting up with BLACK TUSK for a lengthy North American run throughout early April.

Featuring a blistering dual lead guitar attack and powerful vocals by James Paul Luna (praised by Decibel as "the finest metal singer of his generation"),HOLY GRAIL burst onto the scene in 2009 with its debut EP, "Improper Burial", which led Metal Hammer to call the group "one of the most promising traditionally-inclined metal bands to emerge from the U.S. in the past decade." It was quickly followed by "Crisis In Utopia", which Revolver called "a nearly flawless full-length debut that ecstatically revives undiluted, straight-up metal in all its gauntlet-clad glory" and named one of the 20 best albums of 2010. 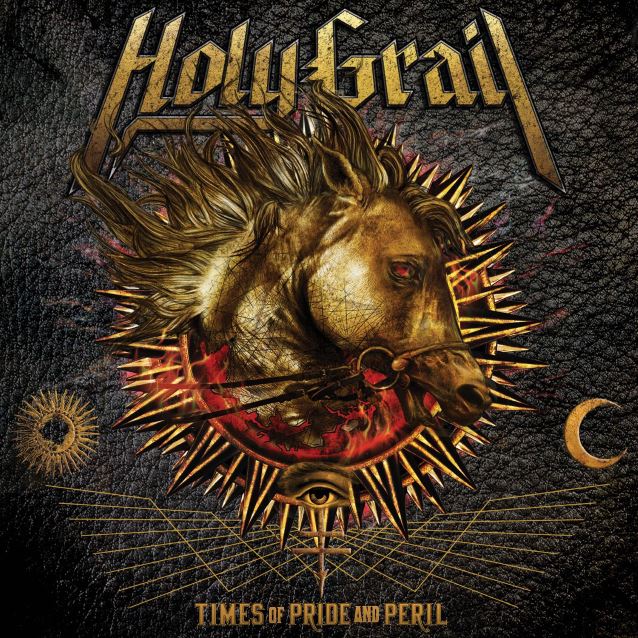