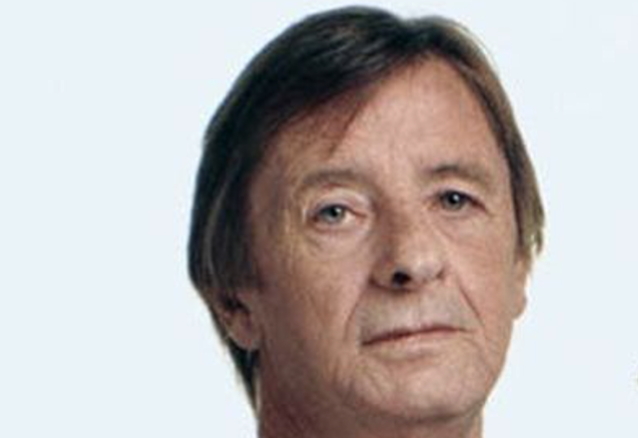 According to RealEstate.com.au, a home once owned by AC/DC drummer Phil Rudd has hit the market in Beaumaris, an affluent bayside suburb in Melbourne, Victoria, Australia.

The three-bedroom mid-century home, which is up for sale with a AUD $2.5 million - $2.65 million price tag, features six entertaining spaces, including a billiards room that reportedly still has the musician's own pool table from its old AC/DC days, according to Belle Property Sandringham's Ryan Castles.

"If the walls could talk I'm sure there would be some stories to tell," Castles said.

Rudd owned the property from 1981 until 1984, selling it shortly after he initially parted ways with the band in 1983. He rejoined the iconic Australian rockers about ten years later.

Last November, during an appearance on an episode of Dean Delray's "Let There Be Talk" podcast, Rudd confirmed that the seed for his latest return to AC/DC was planted at the funeral of AC/DC rhythm guitarist Malcolm Young in 2017. Rudd, singer Brian Johnson and bassist Cliff Williams all attended the ceremony. At the time, the three musicians were considered former members of AC/DC, with Johnson and Williams both having left in 2016 for health reasons, while Rudd was sidelined in 2015 with various legal issues.

"Angus and I had a good chat at Mal's funeral and caught up," Rudd recalled. "[After I played on the 'Rock Or Bust' record] there was crazy shit going on, but since then, I'd got my shit together and put a little band together, I went to Europe and was doing a bit of playing and stuff and did [a solo] album. The guys knew I was still playing, so when I caught up with Angus at the funeral, we were sort of chatting away and somehow, he just sort of [asked me] if I was up for [doing a new AC/DC] album. And he started writing the next day. He went in the studio and started writing straight away."

Rudd toured in support of his 2014 solo debut, "Head Job". It was the release of that album that led indirectly to Rudd's arrest, with the drummer allegedly so angry at a personal assistant over the way the record was promoted that he threatened to have the man and his daughter killed.

"[Phil] was there and in good shape," the guitarist said. "He was keeping himself well together. He was getting therapy and sorting himself out. It was really good."

Johnson added that he and the rest of AC/DC welcomed Rudd with open arms. "I speak for all the boys with Phil," he said. "We defend Phil to the hilt. What happened up there, that's not the Phil we know. That was just something else. He's really looking brilliant now and doing everything great."

AC/DC's long-awaited comeback album, "Power Up", arrived last November. The follow-up to 2014's "Rock Or Bust" was recorded over a six-week period in August and September 2018 at Warehouse Studios in Vancouver with producer Brendan O'Brien, who also worked 2008's "Black Ice" and 2014's "Rock Or Bust".