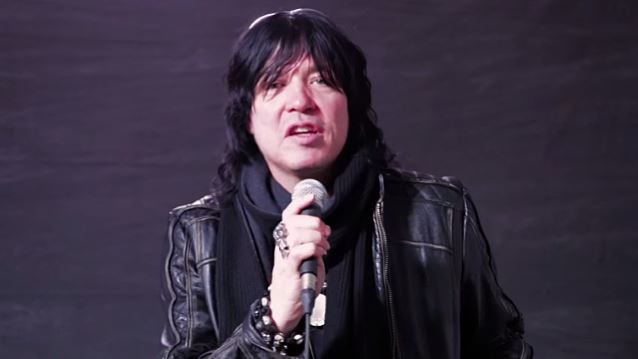 In a brand new interview with Vanyaland, CINDERELLA frontman Tom Keifer spoke about the band's appearance in an early '80s commercial for a for Pat's Chili Dogs in the Philadelphia, Pennsylvania area, where the group was based at the time.

Asked if he was surprised about the interest in recent years the commercial has gotten since it popped up on YouTube and elsewhere, Keifer responded: "Yeah… I mean, obviously, we were just kids and the way it came about was Pat's Chili Dogs advertised on MTV local and they were open 24 hours a day and wanted to get the crowds coming out of the rock clubs. When we were approached to do the commercial, it was, like, 'Well, we're kind of on MTV!' [Laughs] It was a good thing for us. I just cringe now when I see it; my vocals are out of key and it's a little embarrassing, but it has its appeal, though, I guess."

Asked if he had any memories that stand out from the commercial shoot, Keifer said: "Not really… I really don't. I barely have any memory of it. We just kind of pulled up, and it was the first time we had done anything like that, and before I knew it, it was over."

Pat's Chili Dogs had two locations, one at Route 420 and McDade Boulevard and a second on Route 291 in Lester. As the commercial highlights, Pat's was open 24 hours a day.