Earlier this month, THE HALO EFFECT, the new project featuring five former members of the Swedish metal band IN FLAMES — Jesper Strömblad (guitar),Daniel Svensson (drums),Peter Iwers (bass),Niclas Engelin (guitar) and Mikael Stanne (vocals) — released its debut single, "Shadowminds". The track, the official music video for which can be seen below, will appear on THE HALO EFFECT's first album, due in 2022 via Nuclear Blast.

Regarding how THE HALO EFFECT came together, Stanne told the "Heavy Hops" podcast (as transcribed by BLABBERMOUTH.NET): "This is basically all my old friends from the area. Gothenburg is small, and it's always been very incestuous in terms of members, back and forth, in bands.

"I got asked by Niclas Engelin, who I've known since he… We played our first-ever show together with his old band; they were called SARCAZM, and we were still SEPTIC BROILER, before DARK TRANQUILLITY. So that's how far back we go. So he asked me, like, 'Let's play some music together.' And I was, like, 'Sure. It would be nice.' I was really deep into the writing and recording of the latest DARK TRANQUILLITY album, 'Moment', but I said, 'I'll be done soon.' 'Cause I was still kind of in the mode of sitting at home, recording and singing. So I was, like, 'Send me some songs. I'll see what I can do.' And then Peter Iwers called me as well and he was, like, 'I'm probably gonna be a part of this thing with Niclas. And it would be great if we could do it seriously. And we can probably get Daniel as well,' who played in IN FLAMES as well, 'and then maybe Jesper Strömblad as well.' And I was, like, 'That sounds fucking awesome.' That's totally old school. Even though we never played in that constellation in the early days of IN FLAMES, I was there, and Jesper was there, and then the other guys kind of joined later. So it was kind of, like, 'All right. Yeah, why not? Let's see what we can come up with.' So it's basically all the kind of old ex, weird members of IN FLAMES. But for me, it really is like… Daniel was in my younger brother's class when we grew up, so I started getting to know him because he got into death metal and he started his band SACRILEGE that I really loved. And Niclas was always kind of like a really, really proficient, great guitar player, playing in SARCAZM and tons of other bands that I always went to see, and we always hung out in the late '80s and early '90s. And Peter, of course, I knew, because he was the brother of Anders, who's been my friend forever. And Jesper I met during our first-ever shows in maybe '87, '88 — or something like that — hanging out at Valvet, which was the only kind of underground metal place here in Gothenburg in the late '80s and early '90s. So it kind of made perfect sense. So when we started talking about playing together, it was, like, 'Okay. What do we do then?' Should we just see if we can kind of pick up — not where we left off, but what we wanted to back then and see if we can update with what we have learned [through] our collective experiences. So that was kind of the idea. And it's been a blast — just being able to hang out with old friends. Because of touring schedules and all the stuff, in the recent 15 years or so, we never really get to see each other that much. But now we have. So it's been super, super, super cool."

On the topic of THE HALO EFFECT's musical direction, Mikael said: "Niclas started writing a few songs, just based on what he has and what he kind of digs. And I immediately felt, like, 'Oh, this is super cool. We're on to something here.' It's super heavy, it's melodic — it's all those things that we kind of grew up trying to do. Then Jesper got involved and he started changing a little bit of that or adding stuff to it. And we were, like, 'Okay, this is awesome.' It doesn't feel new at all, it doesn't feel super different, but at the same time, why should we? Let's focus on the things that we know best and try to kind of recapture that feeling that we had when we were kids, when we wanted to play together and that kind of playful atmosphere. Because the longer you play together with your main band or what have you, you try to constantly reinvent yourself, and so much energy goes into trying to be different from what you have done before. Whereas starting something new like this with a very familiar genre of music meant that you could be very free about it. It doesn't have to be anything in particular, it doesn't have to conform to any rules — it just needs to fucking kick ass and feel good. So that was the starting point. And then I tried, lyrically, to sing about or write about how it was growing up and how we felt and what was the thing that drove us to this extreme kind of music and all those things. It became kind of a thing that we always talked about: 'Do you remember this? Do you remember that old show? Do you remember that venue where we used to go and the long bus [ride] that took us all the way to that shitty youth center where we saw those bands?' or whatever. So it really became partly nostalgia but also kind of an appreciation for where we came from and how things turned out."

Stanne also talked about "Shadowminds", which was accompanied by a music video directed by Lucas Englund. He said: "It was one of the first songs that we wrote. We decided, like, 'Let's record a few songs, see if it works, see how it feels, see what we can come up with.' So we recorded three songs, and 'Shadowminds' was one of those. And we were really happy with all three of them. And we were, like, 'This feels great.' Because everything was written really fast. We went into the studio. Jesper put his spin on it. Then I wrote some lyrics in a day or in a couple of hours, sang it on a demo version and sent it to them, and they were, like, 'All right. Cool. Yeah. Let's record this super fast and see what happens.' Then we recorded a few more songs. And we couldn't decide on what would be the first single, because when we initially recorded these demos, it was just a way for us to present something to a label, see if someone is interested. So we were, like, 'Okay, but what song is most representative of this music, this band that we hardly even know yet.' So we played five songs to a bunch of friends and people who work in music, and they all kind of agreed this is probably the one. This feels most representative of what we are. It's a really intense song, it's melodic, it's heavy, and it's the first song that we eventually finished where we felt, like, 'Okay, this is a good direction. This is a good way of moving forward. And if we can have the songs be at least this kind of quality but in a different way, then we should be fine.' So that felt good. It was a great starting point — starting off with something that we were instantly very proud of and we felt like this is gonna be a song that's gonna stick for a while."

As of last year, Engelin was not listed as a member of IN FLAMES on the band's Facebook page (Broderick was),and he is not featured in any of IN FLAMES' current promotional photos from the group's record label, Nuclear Blast. 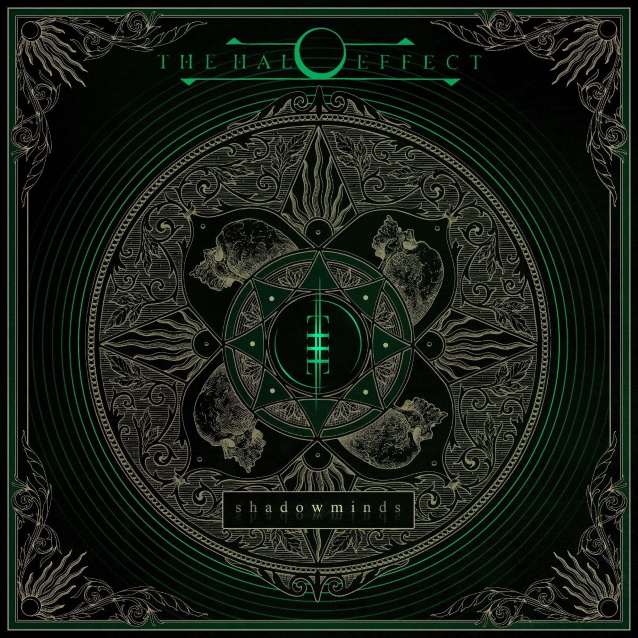