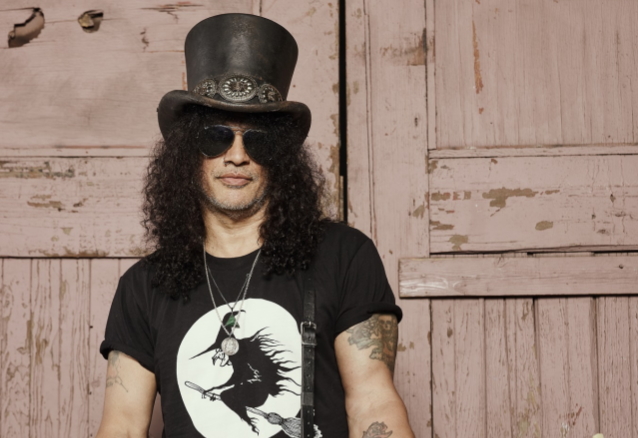 How Many Guitars Does SLASH Take On The Road With Him? He Responds

In a new interview with LA Lloyd, GUNS N' ROSES guitarist Slash was asked how many guitars he normally takes out on the road with him. He responded (as transcribed by BLABBERMOUTH.NET): "I tour consistently with two bands. So with GUNS N' ROSES, we take two rigs out to do international [dates]. So we'll be playing in the States, and then I have a rig that's already in Europe for when we get over there. And then that first rig will go to, say, somewhere like Australia. It's cost effective and it's less time consuming and so on."

"It's been a blast working with Gibson to create a platform for me to talk about my favorite thing, guitars," said Slash. "This book is a great exposé of all the great guitars I've collected over many years."

Slash is featured in a recent episode of Gibson TV's popular interview series of the same name, "The Collection", which takes viewers on a deep dive into the extraordinary, personal guitar collections of music's biggest artists. Slash and Mark Agnesi (Gibson TV host and director of brand experience) sit down to discuss the never-before-told stories behind his holy grail vintage pieces, to prototype Gibson signature models, drool-worthy Gibson Les Pauls, Flying Vs, and more. Watch as Slash and Mark cover a wide range of Slash's staggering collection of around 400 instruments.

Over 300 pages in length, "The Collection: Slash" is a lavishly illustrated, rare and collectible book with numerous photos of the guitarist and his impressive guitar collection, shot by the Gibson team and legendary rock photographer Ross Halfin, whose relationship with Slash extends back to an early GUNS N' ROSES portrait session from 1986. Accompanying the imagery are insights drawn from the new, exclusive interviews with Slash himself. Written and edited by Gibson editor-in-chief Chris Vinnicombe, "The Collection: Slash" is a must-have for both Slash fans and those who admire fine and rare guitars.

"Launching Gibson Publishing in partnership with Slash for our debut book 'The Collection: Slash' marks an important milestone for all of us at Gibson Brands," said Cesar Gueikian, brand president of Gibson Brands. "We continue to leverage our iconic past and lean into the future creating more opportunities for music fans around the world to experience original storytelling. With Gibson TV, Gibson Records and now Gibson Publishing, we are organically growing our own media platform that continues to create compelling original content. I am proud of what our media team led by Beth Heidt, Mark Agnesi, Todd Harapiak, Lee Bartram, and Chris Vinnicombe have accomplished together with the extended team. And I am grateful to Slash and his team's partnership for our debut publication."

"The Collection: Slash" Deluxe edition is presented in a Les Paul slipcase and measures 240 x 340 mm (9.45 x 13.39"). It includes a cover poster, four guitar art prints, and a certificate of authenticity. The initial print run of the Deluxe edition is hand-signed by Slash and is limited to 1,000 copies worldwide. 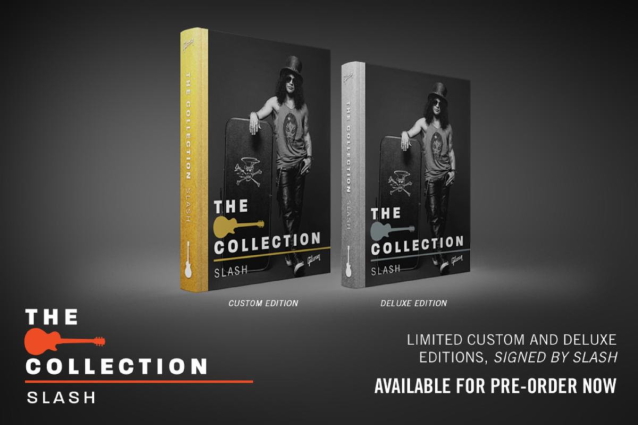 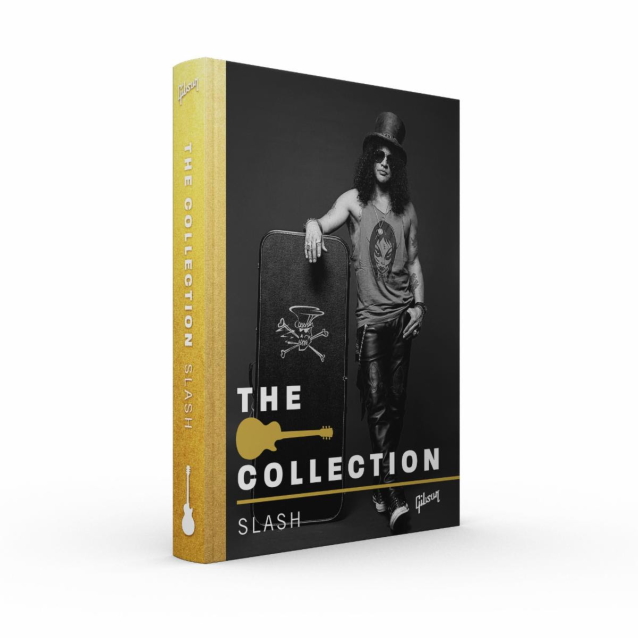 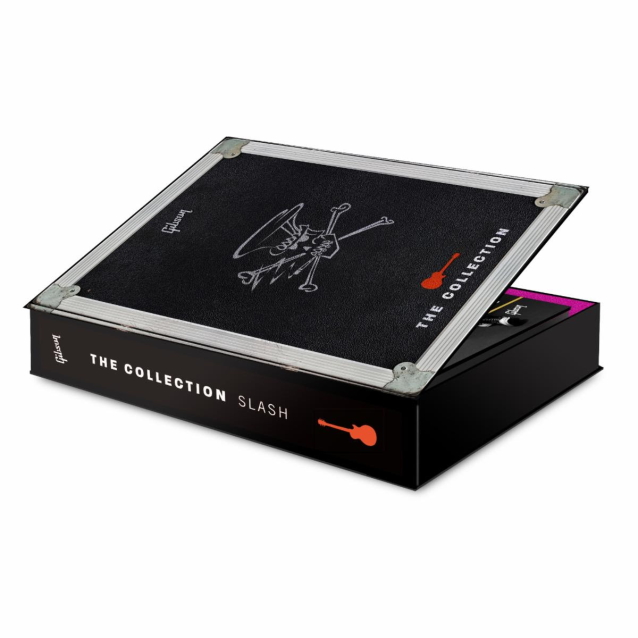 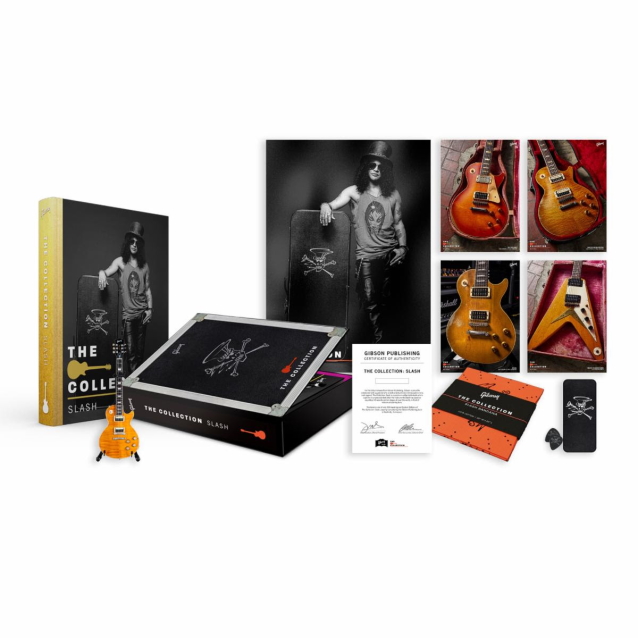 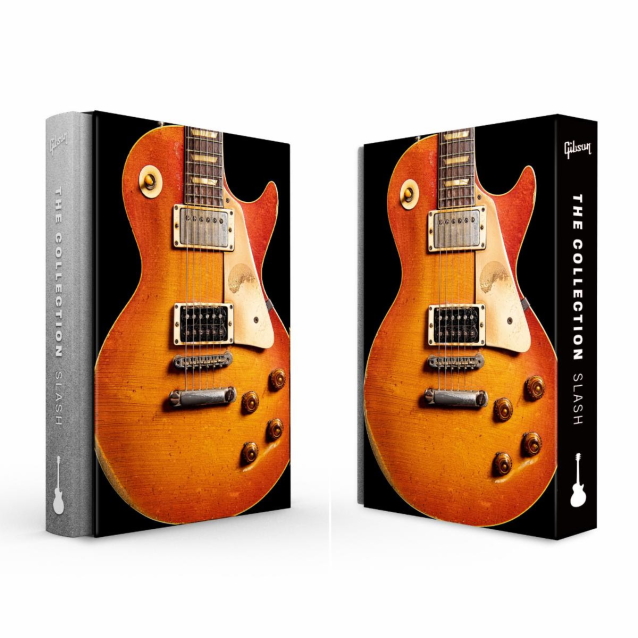 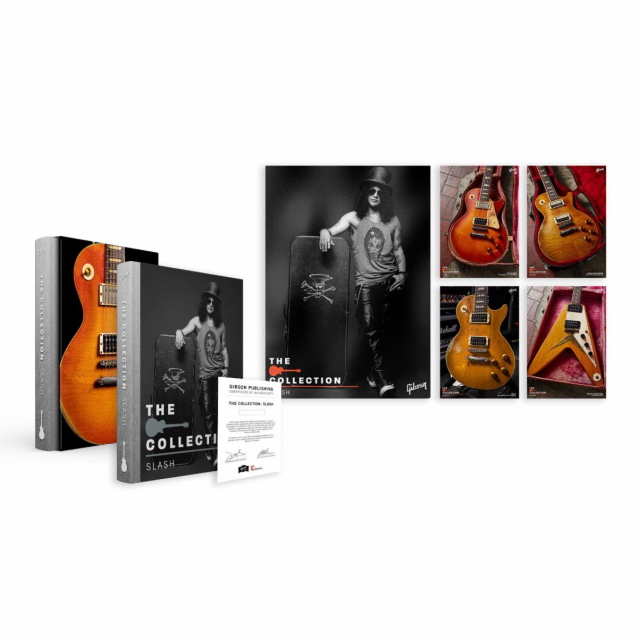