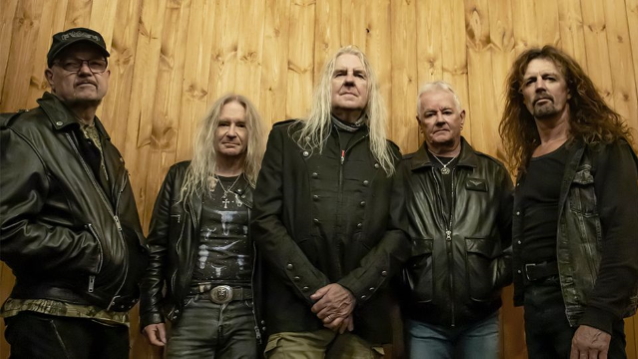 SAXON's BIFF BYFORD On 'Wheels Of Steel': 'We Had No Sense Of Destiny. But We Did Know We'd Written Some Classics'

The latest issue of Rock Candy magazine celebrates the making of SAXON's game-changing New Wave Of British Heavy Metal album "Wheels Of Steel" with a 10-page mega feature including new interviews with every band member involved in the creation of the album, together with the producer and engineer.

The English band was already in the last chance saloon after its 1979 debut "Saxon" hadn't been a success. "When the first album failed, we were dumped by our management," says bassist Steve Dawson. "So there was an air of determination. We wanted to prove everybody wrong."

With producer Pete Hinton at the helm, the band spent two weeks in London's famous Ramport Studios either side of Christmas 1979 recording soon-to-be classics including "Motorcycle Man", "Wheels Of Steel" and "747 (Strangers In The Night)".

"The first time they played 'Motorcycle Man' it stopped me in my tracks," says Hinton. "It was just brilliant."

Released in May of 1980, "Wheels Of Steel" has gone on to become an acknowledged classic of the New Wave Of British Heavy Metal genre, and was a major influence on METALLICA's emergence as thrash metal pioneers.

"We hoped it was much better than the first album," says vocalist Biff Byford. "We didn't really know. But when 'Wheels Of Steel' came out we did know it had some fucking great songs. Many of them we still play today."

"Wheels Of Steel" reached No. 5 on the U.K. album charts — incredible for an unknown metal band — and stayed on the charts for an incredible seven months, in the process turning SAXON into a major force in rock.

"'Wheels Of Steel' is still being bought by young kids who weren't even alive when it was first released," says guitarist Graham Oliver. "I can't quite get my head around that."

You can read our 10-page SAXON special, together with many other fascinating stories including RAINBOW, THE DARKNESS, NEW ENGLAND and IMPELLITTERI, in issue 35 of Rock Candy.

Rock Candy is a 100-page, full-color bi-monthly rock magazine created in the U.K. It covers the sights, sounds and smells from the greatest era in hard rock music, the '70s and '80s. It is the brainchild of respected U.K. rock journalists Derek Oliver, Howard Johnson and Malcolm Dome — all frontline writers for the legendary Kerrang! magazine in the golden era. 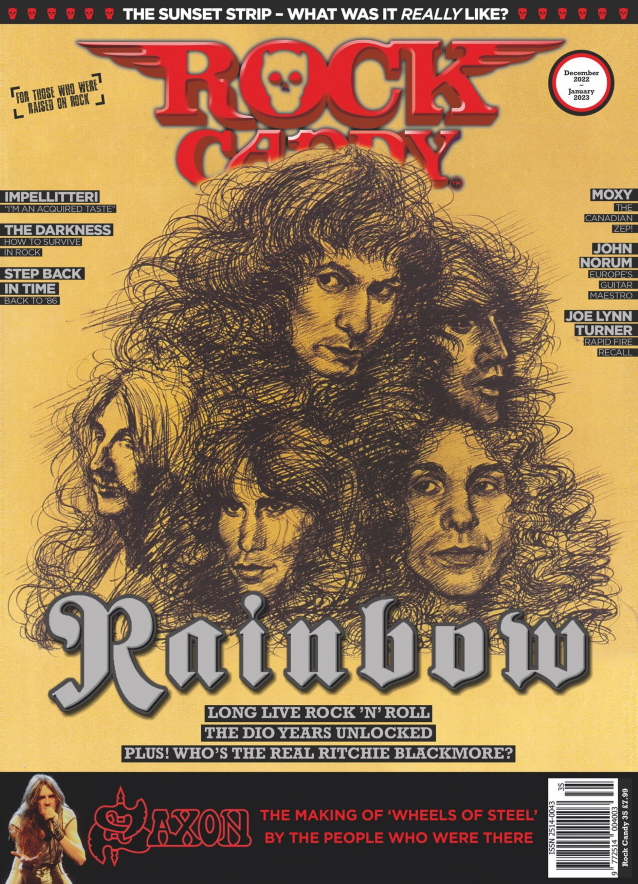