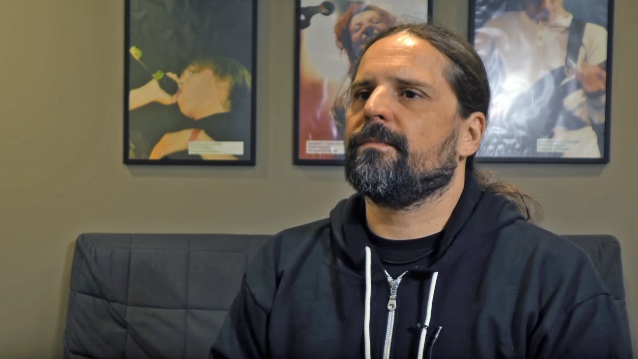 Holland's FaceCulture recently conducted an interview with guitarist Andreas Kisser of Brazilian/American metallers SEPULTURA. You can now watch the chat in two parts below.

Speaking about how important it is for SEPULTURA to perform in countries the band has never played before, Andreas said: "We went to Cuba in 2008, practically without a fee. They paid our tickets and a little structure to be there, and our accommodations and food and stuff. But we played, basically, for free, because, for us, it was important for our cultural baggage to go there. Fidel Castro was still alive, although he was not in power anymore. But, historically, we went there before THE ROLLING STONES. We played for 60,000 people — it was insane. It was the first heavy metal band from outside Cuba that played in Cuba. A free show in Malecon; it was insane. And it's not about money all the time. We didn't make any money, but the experience we had there, the people we met and the possibilities that a visit to Cuba gave to SEPULTURA, there's no price for that. My wife came with me. We could take our closest partners to be with us there and to experience that with us. So it's great we have this kind of opportunities to really make our possibilities and options to write wider and better."

Asked if all the traveling that SEPULTURA has done over the years is reflected in the music the band is making, Andreas said: "Definitely. Everything. It's just being what we are. Everything is an influence. Maybe this interview could be a musical idea. And I love that. I kind of force myself not to listen to too much music. I'm not a hunter of music. 'Oh, what's going on new and stuff?' I let the music come, because I play with so many different bands beside SEPULTURA. Also the bands that we tour together, festivals that we do, opening, local acts that are coming. I have a radio show with my son as well in São Paulo, which I receive a lot of especially Brazilian metal and stuff. So anything helps. Any book, any restaurant that you go, a trip, a plane… anything. So we keep our minds open."

SEPULTURA is continuing to tour in support of its latest album, "Machine Messiah", which came out in January 2017 via Nuclear Blast.